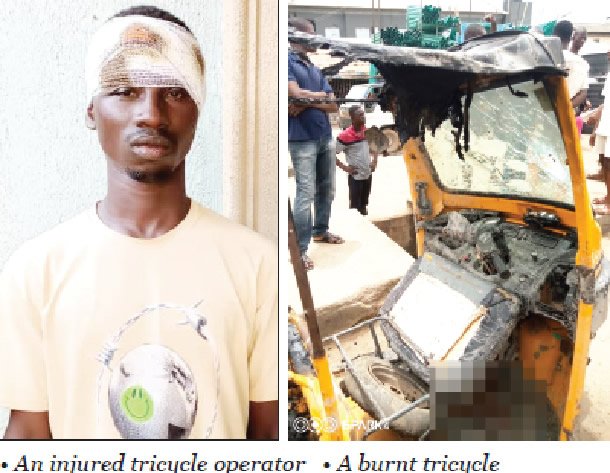 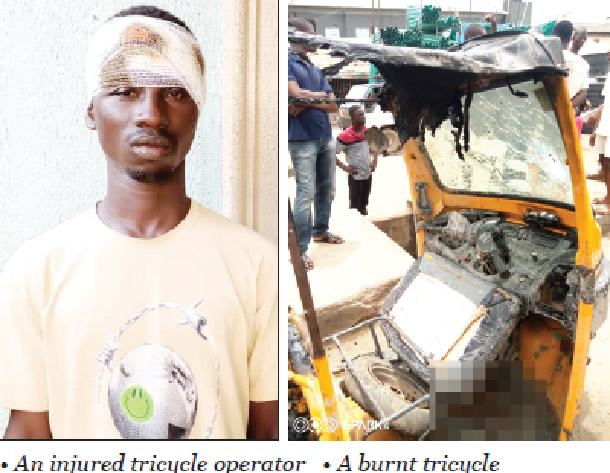 A clash between suspected loyalists of the Chairman, Lagos State Parks and Garages Committee, Musiliu Akinsanya, aka MC Oluomo, and members of the Tricycle Owners and Operators Association of Nigeria, has caused tension in the Fagba, Ogba and Agege areas of Lagos State.

PUNCH Metro gathered that members of TOOAN were working at their respective branches when suspected loyalists of Akinsanya stormed the parks in a bid to dislodge them, which led to a fight.

The Chairman, TOOAN, Branch J, Agege, Opeyemi Taiwo, said the attack started around 7.30am, adding that her members were injured and property destroyed.

She said, “We had heard that MC Oluomo’s boys would be coming to attack and take over our parks and we reported at the Pen Cinema and Iju police stations, and at the Area G Police Command.

“They are working for vehicles and we work under TOOAN, and our focus is on tricycle operations. We initially thought that they would invite the chairmen for a dialogue, but they didn’t. They just came with over 100 hoodlums, armed with guns, cutlasses, bottles, and they started attacking us.

“We had to look for a way to escape, but some of our unlucky members were injured and rushed to hospitals. The hoodlums even burnt a tricycle; they told us to vacate our parks as they are now in charge of parks and garages.”

The state Chairman, TOOAN, Azeez Abiola, aka Istijabah, while condemning the invasion, said MC Oluomo’s boys had taken over the parks controlled by TOOAN in the affected areas, adding that he instructed his members to vacate the parks to avoid needless deaths.

He added, “We saw traces of MC Oluomo’s attempt to take over the parks on Saturday when he came to have a meeting with a monarch in the area. During the meeting, he declared that he would take over parks in Ojoko and Ifako on Monday.

“We reliably gathered that the monarch gave MC Oluomo the names of his boys to include as part of the people that would be in charge after taking over our parks. We had been circulating that MC Oluomo was coming to cause trouble and this morning, his boys, who came on motorcycles, shot, attacked our members and took over our parks.

“Our members were injured. The parks they collected were up to seven. MC Oluomo insisted that nothing would be done; he is the one that will take over parks controlled by TOOAN and will be collecting money for ticket sales.

“Since NURTW has been suspended in the state, TOOAN has been operating and we are not under the Lagos State Parks and Garages Committee, so the government should intervene on our behalf so he can let us rest.”

A spokesperson for Akinsanya, Jimoh Buari, said his boss’ visit to the monarch had nothing to do with the takeover of parks and garages in the state.

He said, “If they want to take over garages, is a monarch the right person to visit? The monarch is not in charge of garages and can never give them a go-ahead to take over garages. MC Oluomo only went on a courtesy visit to the monarch and there is nowhere he goes, if his boys are in the area, they will check on him.

“The government has already made a pronouncement as to what it wants in the state. We are not the ones responsible for the attack.”

The state Police Public Relations Officer, Benjamin Hundeyin, said no life was lost in the clash, adding that the police did not arrest any suspect.

He said, “Hooded miscreants disturbing vehicular movement at Iju-Fagba took to their heels when they sighted RRS patrol teams deployed to complement the efforts of policemen from nearby divisions.”