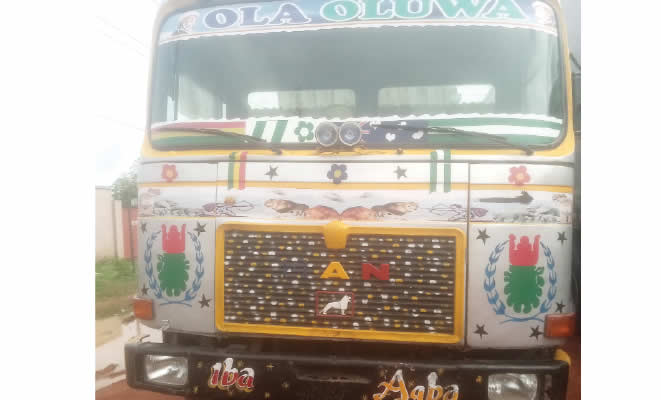 A motorcyclist, Udochukwu Alozie, has been killed in an accident around Awosika Park, Isheri, Lagos State.

The Okada rider was said to have been hit by a truck on Wednesday.

He was taken to a hospital, where he was confirmed dead.

His relatives told PUNCH Metro that policemen from the Isheri Police Division removed the number plate of the truck and drove it to Arepo, in the Obafemi Owode Local Government Area of Ogun State.

A family member of the victim, Okechuchukwu Okolo, a driver, said, “This afternoon (Wednesday), my brother, Udochuckwu Alozie, an Okada rider, was hit by a truck and we went to the Isheri Police Station to report the case.

“When the police came, they started talking to the driver and before we knew it, they removed the number plate of the truck and took the truck to Arepo, where they parked it.

“I had to call other people to join me so that we could trace the truck, though we heard that they had detained the driver.

“My brother is dead. We want the police to give us justice in this matter because this was a man with a wife and children.”

The Lagos State Police Public Relations Officer, Benjamin Hundeyin, who confirmed the incident, told our correspondent that the police kept the truck for safety reasons.

He said, “The accident happened this afternoon and the truck driver is in police custody. Investigations will commence on the matter, but discountenance the issue of removal of the number plate. The driver is in custody; the truck was taken to a place where it is safe.”