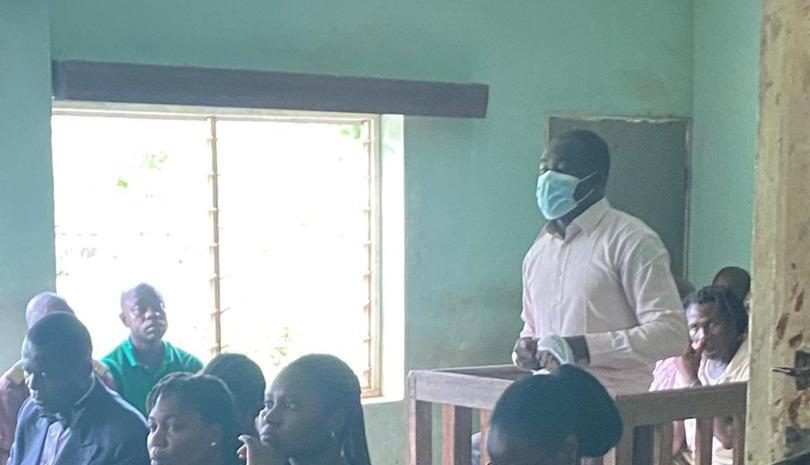 A Magistrate Court in Ile-Ife, Osun State, has, on Thursday, remanded a former President of the Students’ Union of Obafemi Awolowo University, Ile-Ife, Oyekan Ibukun, in prison over alleged theft of funds from the account of the union, which now has new leadership.

The PUNCH gathered that Oyekan was the president of the union and a medical student in 2017, but was impeached for allegedly sponsoring a cult attack on fellow students. He had also, in 2022, allegedly transferred a sum of N720,000 from the union’s account to the bank account of one Bello Oyekunle Azeez on April 8, 2022.

In a response letter from United Bank for Africa, dated April 12, 2022, titled, ‘Re- request for investigation on account no: 1012121930 – Obafemi Awolowo University Students’ Union’, to the current leadership of the union, headed by its president, Olayiwola Festus, the bank stated that N720,000 was moved via internet banking platform by a former union executive with User ID: OAUSU.IBUKUN; Name: Ibukun Oyediran Oyekan, to Oyekunle’s Guaranty Trust Bank account.

On his part, the Financial Secretary of the union, Oluwasegun Abiola, in a statement on Tuesday, said, “On receiving the alert of the money withdrawn, I reached out to the President and Secretary-General if they received the debit mail but they didn’t receive any mail surrounding the transaction. Having raised an alarm about the whole issue, it got to some set of people whose aim is to talk down on the elected union officers or the office of the Financial Secretary.

“On Tuesday, April 12, the bank manager contacted me to inform me that the transaction was initiated by a so-called Ibukun Oyekan (Dr. Ibk), and he further buttressed that I should come over to get a detailed report of their investigation.”

Oyekan had, on Wednesday, been arrested by the OAU Security Department and transferred to Moore police station for further investigations. He was charged to court on Thursday before Magistrate A.A. Ayeni of the Magistrate Court 3, in Ile-Ife with charges of conspiracy to steal, and stealing.

Oyekan, who pleaded not guilty, was remanded in Kosere Prison, Ile-Ife following his failure to meet the bail conditions and subsequently adjourned the case till April 26.

The Students’ Union Public Relations Officer, Ogunperi Taofeek, stated, “Dr. IBK was admitted to bail with a sum of 500 000 Naira, amongst other conditions, but he could not meet the conditions. He is now remanded in Kosere prison. The court case has been adjourned till Tuesday, 26 April 2022.”