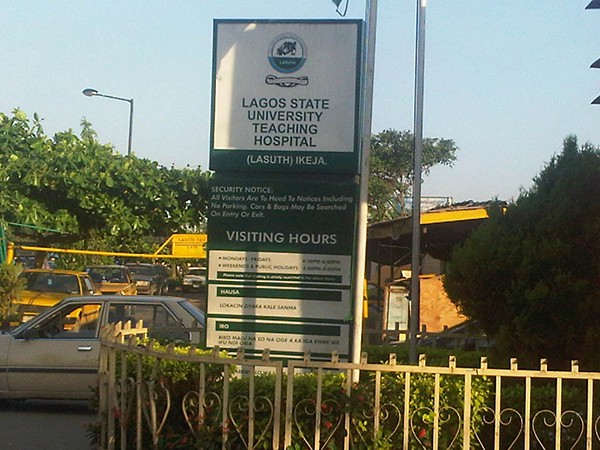 The Lagos State University Teaching Hospital has said a nurse, Lawrence Omatule, who performed a fibroid surgery on Fatimoh Isa, who died shortly after the operation, is not a staff of the hospital.

The LASUTH management confirmed the development in a statement on Wednesday.

The statement read, “The attention of the management of Lagos State University Teaching Hospital has been drawn to a report in today’s PUNCH Newspaper, Wednesday, April 13, 2022; where the nurse who allegedly carried out a fibroid surgery on one Mrs Fatimoh Isa, who subsequently died, was said to be a staff of our hospital.

“We wish to state categorically that after a painstaking investigation, we were unable to confirm that the said Lawrence Omatule is or was ever a staff of our hospital. We, however, have genuine information that he works in a secondary health facility on the mainland.”

PUNCH Metro had reported that one Felix, who was said to be running the Felobam Alpha Clinic in the Mafoluku area of Oshodi, told Fatimoh’s sister, Queen, and cousin, Momoh, that Omatule was a staff at the LASUTH.

He reportedly made the statement when the duo inquired about the circumstances surrounding Fatimoh’s death in the hospital.

However, in a series of tweets to demand justice for Fatimoh’s death, Momoh said investigation revealed that Omatule was a staff at the Alimosho General Hospital.