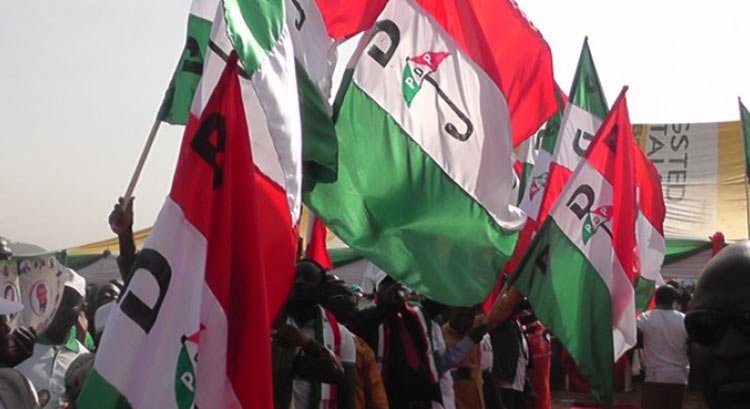 Justice Donatus Okorowo of a Federal High Court in Abuja, on Thursday, adjourned till May 10, the hearing in a suit seeking to stop the planned May 28 presidential election primary of the People’s Democratic Party.

The Judge took the decision following complaints by counsel to the plaintiff, Paul Erokoro (SAN), to the effect that an affidavit by the PDP showing cause on why the primary should not be stopped was served on him late on Wednesday.

Although the suit was scheduled for hearing on Thursday, Erokoro told Justice Okorowo that he needed time to respond to the reasons adduced by the PDP against the suit by his client.

He pleaded with the Judge to give him time by way of adjournment to enable him put his house in order.

Counsel to the PDP, Mahmud Magaji (SAN), did not object to the request for adjournment.

Justice Okorowo subsequently shifted hearing till May 10 and ordered parties to file and exchange their processes ahead of the day.

A presidential aspirant and former Deputy Speaker of the Abia State House of Assembly, Cosmas Ndukwe, had on April 28 brought an ex-parte application for an order of injunction restraining the PDP from proceeding with its scheduled primary election pending the hearing and determination of his suit challenging the position of the party on the issue of zoning the party’s presidential ticket.

However, rather than granting the request of Ndukwe, the Judge ordered that the PDP should appear before it on May 5 and show cause why the court should not accede to the plaintiff’s demand.

During Thursday’s proceedings, Erokoro stood for Ndukwe, Mahmud Magaji (SAN) for the PDP, Kalu Agu for Anyanwu and Abdulahi Badmos for INEC.