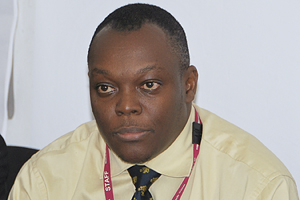 The Nigeria Centre for Disease Control has said 22 states of the federation and the Federal Capital Territory have reported 751 confirmed cases of Lassa fever in 2022.

This number, according to the centre, is apart from the 4,272 suspected cases reported so far in the country.

The centre also noted that 140 deaths had been reported so far.

Nigeria has continued to witness an increase in the number of Lassa fever cases amidst a decline in COVID-19 cases.

The NCDC appealed to health workers to “maintain a high index of suspicion for the disease, be vigilant and look out for symptoms of Lassa fever. Not all fevers are malaria.”

Since the last outbreak of the disease in 2016, the NCDC noted that there had been an increase in the number of recurring cases.

In the latest situation report obtained by The PUNCH, the NCDC stated, “Cumulatively from Week 1 to Week 16 in 2022, 140 deaths have been reported with a case fatality rate of 18.6 per cent.

“In 2022, 23 states have recorded at least one confirmed case across 95 local government areas. Of all the confirmed cases, 68 per cent are from Ondo, Edo and Bauchi states.

“The predominant age group affected is between 21 and 30 years. The number of suspected cases has increased compared to that reported for the year 2021.

“The time between infection and appearance of symptoms of the disease ranges from three to twenty-one days. Early treatment and diagnosis increase the chances of survival.”