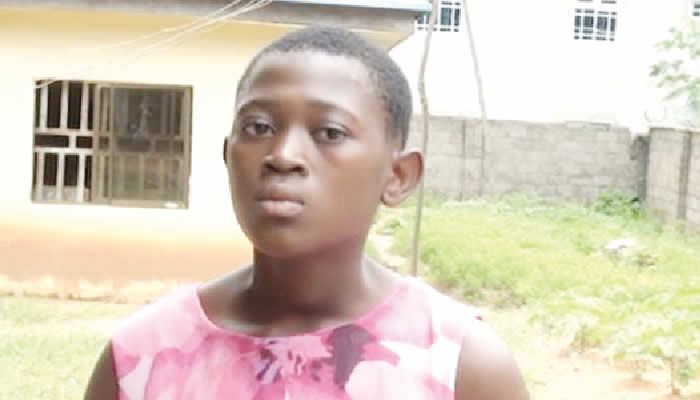 The family of late 13-year-old Ochanya Ogbanje has called on the Benue State Government to appeal the decision of the Makurdi High Court acquitting a polytechnic lecturer, Mr Andrew Ogbuja, who was accused of raping the schoolgirl and causing her death.

The family faulted the judgement of Justice Augustine Ityonyiman on the matter.

It noted that another judge of the Federal High Court, Makurdi, Justice Mobolaji Olajunwo, last Thursday, convicted Ogbuja’s wife, Felicia Ochiga-Ogbuja, of negligence in the sexual assault of Ochanya.

Speaking at a press briefing in Abuja on Thursday, Ogbanje’s elder brother, John Ameh, insisted that she died in October 2018 after suffering sexual abuse and molestation while living under the care of Ogbuja and his wife, who was a cousin to Ochanya’s mother, Rose Abah.

He appealed to the Benue State Governor, Samuel Ortom, to issue a fiat to a team of private legal practitioners to file an appeal with a view to upturning the decision of the Makurdi High Court.

“Justice Ityonyiman neglected or refused to take into account the video evidence of the 13-year-old schoolgirl, where she clearly narrated her ordeals in the hands of her aggressors (the Ogbujas).

“Second, the judge held that the prosecution failed to prove its case when it failed to interrogate one of the key persons in the matter, Winifred Ogbuja, Mr Ogbuja’s daughter. The judge erred in this regard, knowing full well how difficult the suspect (Mr Ogbuja) made access to his children and other family members during investigation. As a matter of fact, one of the prime suspects, Victor Ogbuja, is still on the run.

“Third, the judge also neglected and refused to examine the findings of the autopsy report from the Nigeria Police Forensic Laboratory in Lagos when he said he could not pick and choose which autopsy report to base his judgement on.

“But the judge acknowledged that the autopsy report from the Federal Medical Centre in Makurdi, fell short of the World Health Organisation standards.

“Yet, Justice Ityonyiman discarded the report from the police forensic laboratory in Lagos, which found that Ochanya indeed suffered sexual abuse as well as some diseases that were related to the rape she suffered.

“Governor Ortom must see to the end of this legal battle. We urge him to give permission to a private legal practitioner of note to take up the process of filing an appeal to challenge Mr Ogbuja’s acquittal. “

Also, the founder of Men Against Rape, Lemmy Ughegbe, faulted the Makurdi High Court judgement, urging the state governor to appeal it.