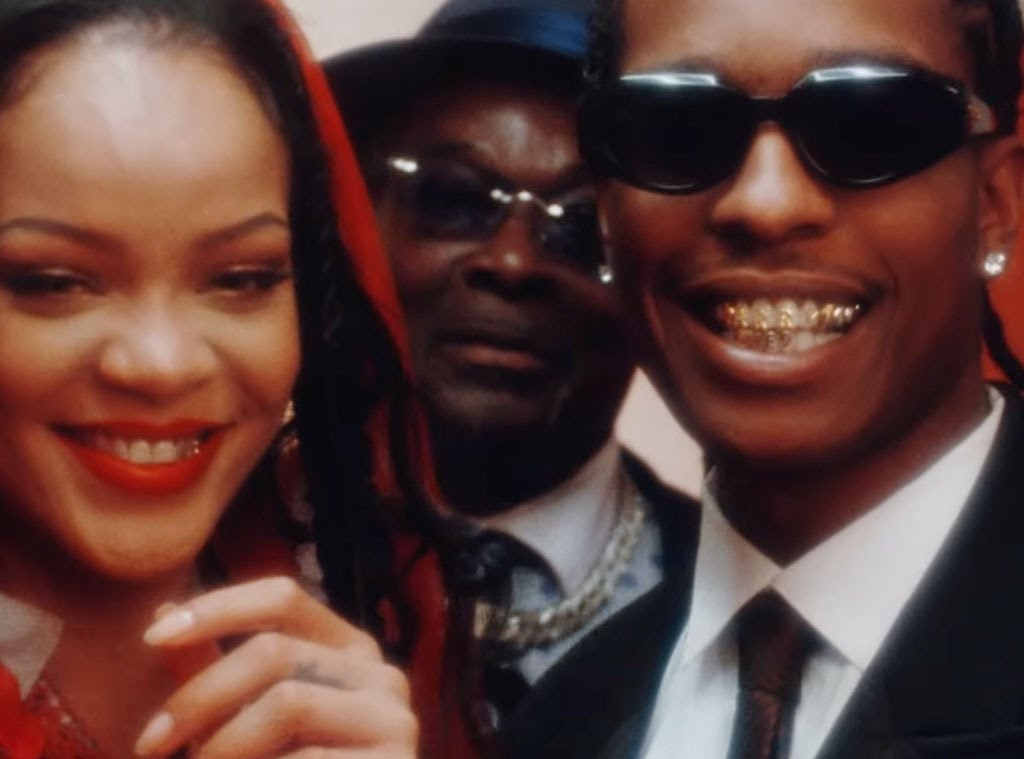 In the new video for ASAP Rocky’s new song, “D.M.B”, the rapper starred Rihanna, who is currently expecting their new baby, as the lead character.

ASAP Rocky, in the romantic video, proposed to the singer using his gold teeth grills which spelt “marry me”.

Rihanna, clad in a red wedding dress, with a matching veil and a bouquet of red roses, responded with her own grill which spelt “I do”.

E Online reports that the lyrics of the song seem to be ASAP Rocky’s declaration of love to Rihanna.

“My angel and my goddess, when my head get clouded/My head get cloudy, my thoughts get cloudy/You’re my soulmate, my Goddess (My soulmate)/And baby (I fell in love with you),” ASAP Rocky rapped in the song.

The three-minute video ended with people throwing flower petals at the couple, which is usually done when newlyweds are ushered outside their marriage venue after exchanging vows.

There are speculations that the video was filmed about a year ago as Rihanna didn’t appear pregnant in any of the scenes.

Rihanna and ASAP Rocky haven’t publicly announced that they are married in real life so it is unclear if the video was true or was simply an artistic expression.

ASAP Rocky and Rihanna are long-time friends with the same Barbadian roots. The rapper was the opening act for the U.S. dates of her Diamonds World Tour in 2013. He also featured on the track “Cockiness” from her 2011 album Talk That Talk.

Dating rumours were sparked by the pair in early 2020 when both were sighted on multiple outings together after Rihanna broke up her three-year relationship with billionaire boyfriend Hassan Jameel, in January 2020.

In an interview with GQ magazine in May 2020, ASAP Rocky opened up about his relationship with the Barbadian beauty, and regarded her as “the love of my life,” and his lady.