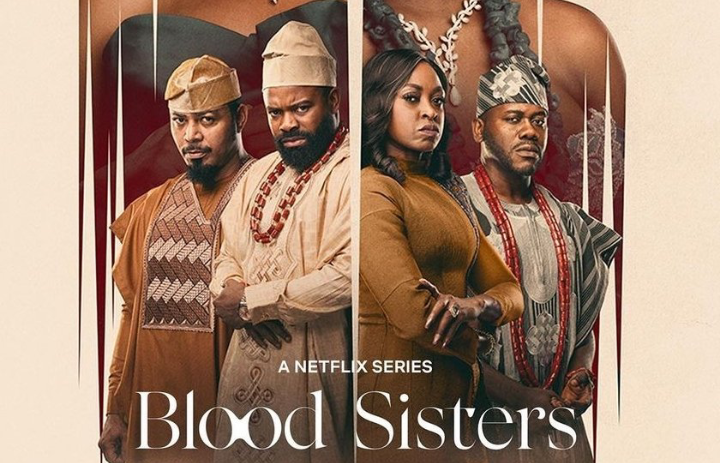 Nigerian Netflix series, Blood Sisters, has received rave reviews from viewers barely a day after its debut on the streaming service.

Nollywood heavyweights such as Kate Henshaw, Ramsey Noah, Gabriel Afolayan, Nancy Isime, and others appeared in the suspenseful thriller, which premiered on Wednesday.

Speaking on the four-part thriller, viewers took to Twitter to applaud the actors for their performance in the series.

Commending Ramsey Noah’s performance, @Sena_tour wrote, “Blood sisters is out. The very first episode is living up to my expectations, more like it exceeded it.

“The opening scene was so different and promising. Hopefully it just doesn’t stop being good. The acting is really great too. Ramsey Noah giving hitman bodyguard vibes.”

In the same vein @Austeiin tweeted, “Ramsey Noah is one of the few Nigerian actors that will go for more than 30 minutes in a movie without uttering a sound just expression and you will still get his message, and the acting will go BAM! #BloodSistersNetflix.”

Lauding Kate Henshaw for her role in the movie, @niaintinine said, “#BloodSisters This has to be one of the best performances ever by Kate Henshaw. She embodied the different sides of her character excellently. 10/10 for me.”

@Temitope_Fash said, “#BloodSisters no cap. I’m overwhelmed and Nollywood is taking over. We no dey joke again o!!! Chaii! Great storyline and well plotted. Kudos to the cast and crew. @gabbylucciii, @HenshawKate, @_NancyIsime and others. Thank you all for your gifts.”

“Still watching #bloodsisters on Netflix but from what I seen so far I just don’t want it to end. Omo Ramsey Noah dey remind me of John wick o,” @Pdrefurb1 tweeted.

“Blood sisters is really a movie to watch,” @atyapchic wrote. “With every episode, my heart keeps beating faster for someone who doesn’t like to see blood and any violence. One thing, sex is powerful; another, love is weakness. Very beautiful movie #BloodSisters.”

“Everything about this movie is giving thriller and suspense! The acting was perfect, the facial expressions, the fighting scenes, They didn’t miss with the abroad energy. It’s so beautiful to see the character development. #BloodSister,” @Tomitwinkles wrote.