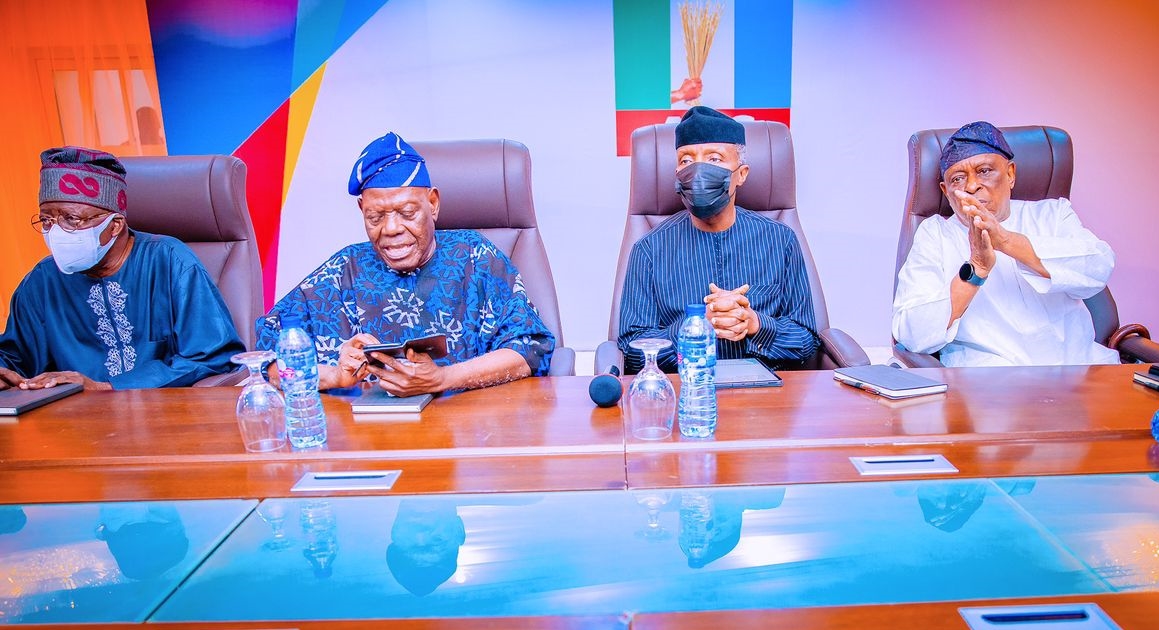 South-West presidential aspirants and leaders of the All Progressives Congress have reached an agreement to ensure that the region produces the next APC presidential candidate of the party.

A former National Chairman of the APC, Chief Bisi Akande, made this known while addressing journalists at the end of a meeting with presidential aspirants from the zone on Friday night in Lagos State.

According to him, the South-West APC presidential aspirants, governors and other leaders are united ahead of the 2023 general elections.

The party stalwarts and aspirants also agreed “to talk to themselves and the public with absolute decorum”.

He said, “We are united as we will ensure that the presidency of the Federal Republic of Nigeria will come to the South-West.

“We had a fruitful discussion. We also resolved that everybody should maintain absolute decorum because we are united.”

Those present at the meeting included Vice President Yemi Osinbajo, a former Governor of Lagos State, Bola Tinubu; Senator Ibikunle Amosun and the Speaker of the House of Representatives, Mr Femi Gbajabiamila.

Also present at the meeting were the Ministers of Works and Housing, Trade and Industry and Investment, and Interior, Messrs Babatunde Fashola, Adeniyi Adebayo and Alhaji Rauf Aregbesola respectively.