The actor said this on his Instagram page while declaring himself the most talked about man on the planet.

His post read: “The ways of God are different from the ways of man. We can never fully understand Him no matter how much we try. We can only grasp a little of it when He wants us to.

“I no go lie, it feels good breaking the internet.

“Most talked about man on the planet, second week in a row e dey sweet sha.”

Recall that Edochie caused controversy online after he announced the birth of his son with his second wife.

The actor and the second wife, Judy Austin worked together on several movies, which brought the attention of Nigerians.

The controversy began after the actor’s first wife, May took to Instagram calling for God’s judgement on both of them.

Edochie’s brother also mentioned that the family warned him against taking a second wife, but he refused to listen. 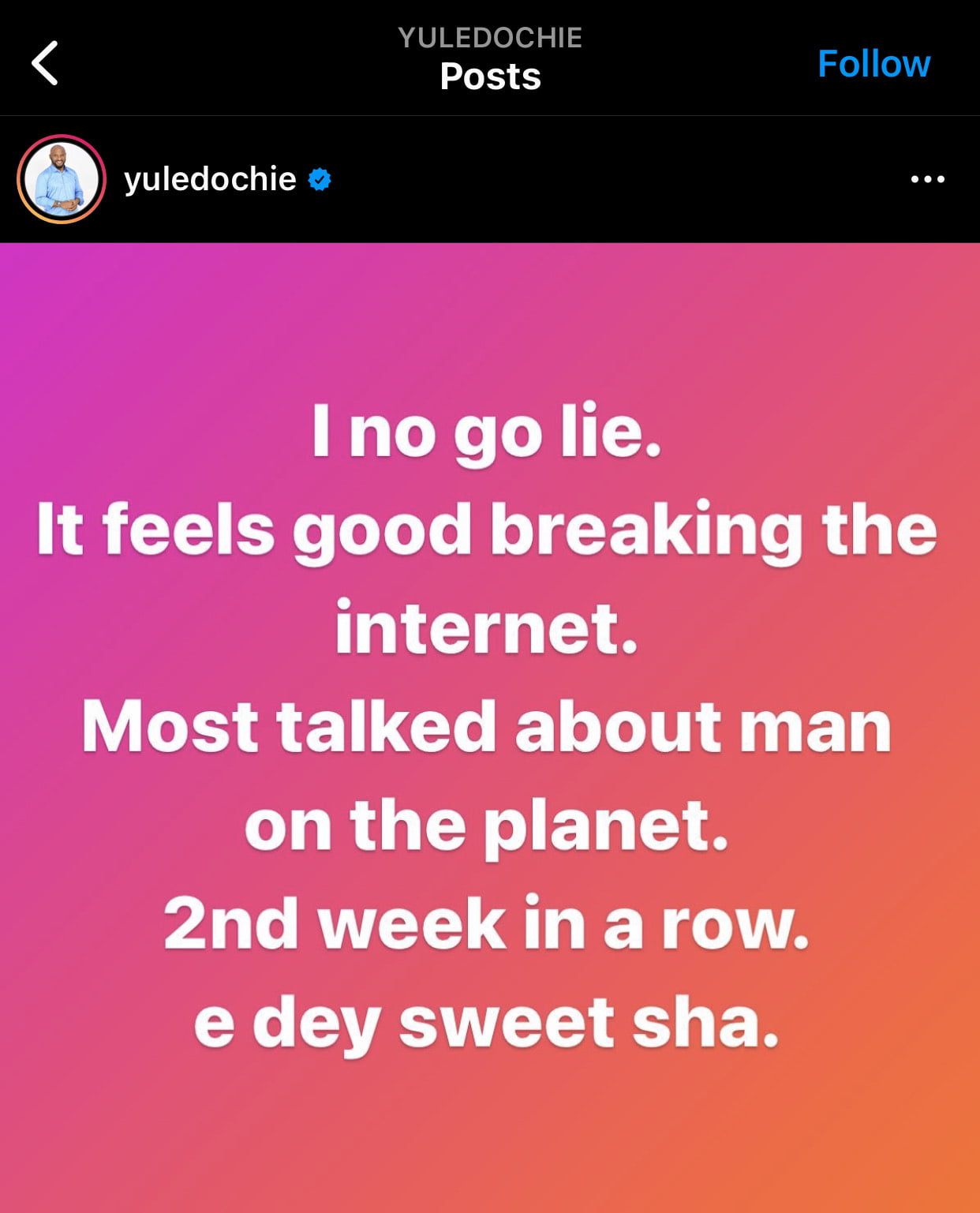