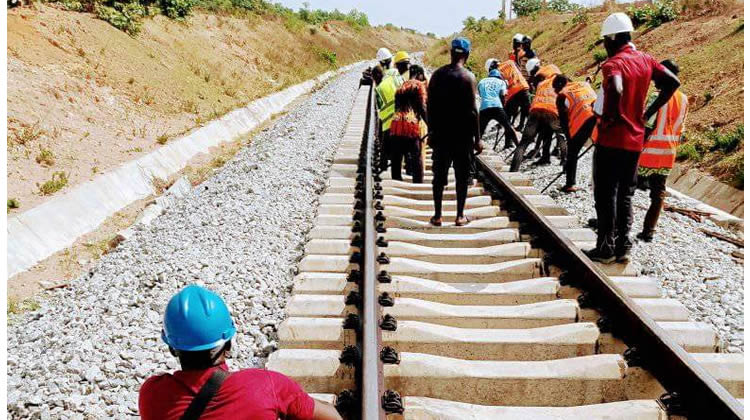 The Federal Government through the Nigeria Railway Corporation on Thursday announced that it had reconnected the Abuja-Kaduna Train Service line that was bombed by terrorists on March 28, 2022, in Kaduna.

It made this public just as domestic airlines raised an alarm on Thursday over the hike in aviation fuel and its impact on airfares if not checked.

A statement issued by the NRC and made available to our correspondent in Abuja stated that major track work on the rail line had been completed, adding that services would soon resume on the line.

The statement read in part, “In our concerted efforts at restoring the AKTS tracks corridor for resumption of service soonest, please note the latest updates: the connection of the AKTS line has been achieved.

“This implies that the major track components (concrete sleepers and rails) have been completely laid. The south end of the tracks (which was destroyed by the explosion) has been successfully joined with the north end.

“Track access between Abuja and Kaduna is now restored. The technical team continue with other track stabilisation works including ballasting, temping, fastening of accessories (clips, bolts and nuts) and welding.”

The NRC stated that Loco 2502 which was involved in the accident (though not damaged) and trapped at the Rigasa end due to lack of route access had now crossed to the Idu end and taken to the workshop for proper examination and routine maintenance.

“As we have mentioned in our earlier releases, the Abuja – Kaduna Train Service will resume soon with additional security measures put in place,” it stated.

The corporation added, “Passengers will be required to provide their NIN registration for verification prior to purchasing train tickets. This is for improved passenger profiling and safety on board.

“The corporation is committed to the safety of all our passengers and staff onboard the ill-fated Ak9 train service. We will continue to collaborate with security agencies to ensure all persons being held are rescued unhurt and reunited with their families, soonest.”

This came as it was gathered that oil marketers informed airlines on Thursday that aviation fuel had risen from N500 to about N680 per litre depending on where it was being purchased, a development that might further trigger airfares hike.

Domestic airfares were hiked recently to about N50,000 for a one-way one hour flight, as airlines attributed to the persistent rise in price of aviation fuel, foreign exchange fluctuations, among others.

Aviation sources at the Nnamdi Azikiwe International Airport Abuja, and officials of some airlines told our correspondent that the agreement reached in March on aviation fuel price had not yielded much.

At the meetings in March, which were called by the House of Representatives Committee on Aviation, the Airline Operators of Nigeria had threatened to shut down operations over non-availability of aviation fuel, while oil marketers explained why the price of the commodity had been on the increase.