Nigerian pop singer and songwriter, Sholanke Joseph, popularly known as Klever Jay, talks about the disappointment of Nigeria’s World Cup ouster and his love for Arsenal, in this interview with EBENEZER BAJELA

Apart from being a songwriter and singer, what other things do you have passion for?

I love football so much and it’s something I don’t joke with. Actually, I still find time to play football with my friends. Football has been a big part of me since childhood and it will be very difficult to get rid of it.

Which position did you play while growing up?

I was a very rugged defender. I can defend anything and I don’t want to compare myself to Sergio Ramos because that’s what they do as professionals.

Which football club do you support?

I am a big fan of Arsenal.

The Gunners surprisingly defeated Chelsea, Manchester United and West Ham in the past few weeks. How do you feel about these results?

I feel so great because it gives me hope of Champions League qualification, but I’m trying not to get carried away by the results. Truth is, my hope has been renewed because after the three previous defeats to Brighton, Crystal Palace and Southampton, all hope was lost and I thought our dream of playing in the Champions League was over.

Do you think the Top Four is certain, knowing there are Manchester United and Tottenham just behind Arsenal?

Manchester United are not in the picture any more and we are not bothered about them. But Tottenham are still giving us a headache because they are also one of our biggest rivals. We know it’s going to be a fight till the end, but if they lose to Liverpool on Saturday (today), that will give Arsenal a little bit of hope and confidence going into the game against Leeds United on Sunday. If Arsenal can grab the three points in that game, then we will have breathing space. But I believe the North London derby will play a major role in picking the last ticket for Champions League.

Is Mikel Arteta the best coach for Arsenal?

There was also a time some Liverpool fans called for Jurgen Klopp’s sack because he couldn’t deliver in his first season, but the hierarchy kept faith in him and look at where they are today. The thing is fans want immediate results and this thing takes process, what the management sees is way beyond what the fans see. As much as our expectations are very high, they are the one in the real business of football and they understand the game better. I support the fact that they are still keeping faith in Arteta and I join them to say we should keep faith and see how the season ends. From next season, then we can begin to question his ability because right now he has some good players and he should be able to bring in more next season.

Who do you think is Arsenal’s greatest player of all time? 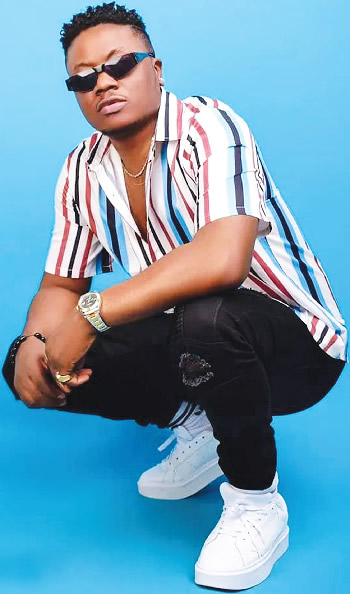 That is definitely the king himself, Thierry Henry. The ‘Igwe’ of football. I know our opinions differ and a lot of people may not agree with my choice, but for me it is Henry.

Which club is Arsenal’s greatest nemesis?

I don’t want to say Spurs because we know what derby games always look like and that is why the games between the two are always tough. I think Manchester United are Arsenal’s greatest nemesis. I only mentioned Tottenham because we are rivals and we don’t like each other at all. But away from them being our London rivals, it is definitely Manchester United.

Nigeria will not be at the Qatar 2022 World Cup. How do you feel?

One will always feel bad about this because as a football lover, it is sad seeing other teams playing at the World Cup and we don’t get to see our colours flying.

Do you think sacked Eagles coach Gernot Rohr would have qualified Nigeria for the tournament if he was left in charge?

What do you think caused Nigeria’s ouster?

It is very hard to point out what was responsible for our failure because personally I have stopped expecting too much from the Super Eagles after the Nigeria/Ghana 2000 Nations Cup. My heart was broken on the night of the final and since then I don’t pay so much attention to them because I don’t want a repeat of that night and look at what happened again last month. A lot of hearts were shattered in Abuja. I just watch their games whenever I bump into them playing, but I don’t give so much to it because for me it is just Arsenal and Real Madrid.

Do you think Madrid stand a chance of winning the Champions League against Liverpool come May 28?

Of course we all know, they just don’t stand a chance of winning the Champions League. I know Liverpool will be a big problem, considering what happened in 2019 when they both met in the final, the pain is still in their hearts and they want a revenge.

What was growing up like, as a boy who loved football?

I grew up in Agege, Lagos and was very stubborn. There is a popular field around ‘Ile Pako’, after closing from school at 2pm, I would have extra lessons, which ended by 3pm and then I ended my day at the field. From St. Peter’s school to my house was a journey of less than 30 minutes walk, but as a stubborn boy I would go and play football and return home around 8pm with all my uniform so dirty. But I knew what to expect when I got home and most times I didn’t care because I was always prepared for the flogging and punishment. This continued until my mum got tired of beating me and told people to leave me alone. She even nicknamed me ‘Chairman’ because she usually said I came home anytime I liked.

Would you want your kids to play football?

I actually want them to start right now. Back then, most parents used to think footballers and our juju musicians were bad children or school dropouts, but all these have changed and footballers and musicians are doing very well now.