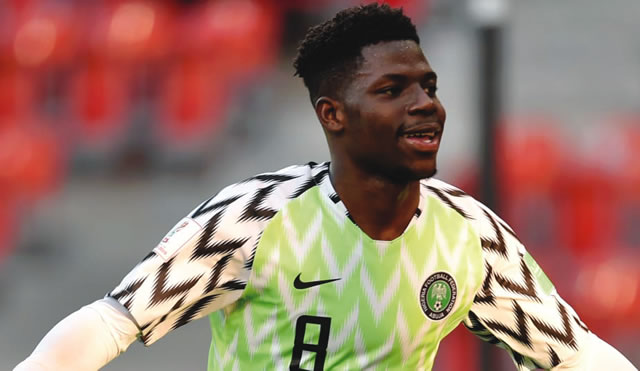 Former Flying Eagles star Tom Dele-Bashiru admits he had a difficult season at Reading, but added he enjoyed his time with the Championship side, PUNCH Sports Extra reports.

The 22-year-old joined The Royals on a season-long loan from relegated Premier League side Watford.

The midfielder’s start to his professional career has been hampered by several injuries and a major reason for his loan move this term.

At Reading, the Nigerian managed to stay fit as the team survived the drop to League One, after finishing in 21st position on the Championship table.

Set to return to Watford, Dele-Bashiru sent an emotional message to Reading’s players and fans.

“Thank you to the players, staff, and fans at Reading for immediately making me feel at home and the amazing support you have shown me,” Dele-Bashiru wrote on his Twitter handle.

“It was a difficult season filled with ups and downs but I enjoyed every minute. I wish the club the best of luck in the future.”

Dele-Bashiru will join up with the Hornets as they bid to return to the English Premier League for the 2022/23 season.

The Manchester City Academy product made his professional debut on December 19, 2017, in the EFL Cup against Leicester City, replacing Phil Foden in the 91st minute and playing in extra time.

He joined Watford on a six-year deal after his contract with Manchester City expired and made his Watford debut, scoring the opening goal in a 3-3 draw against Tranmere Rovers in the FA Cup third round.