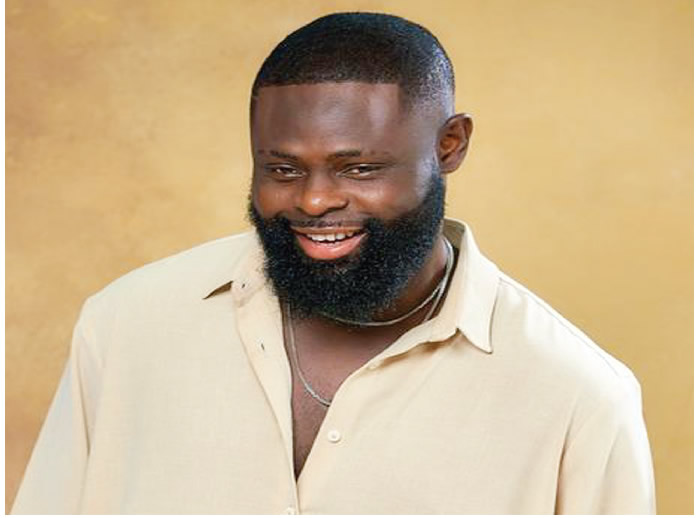 The Chief Executive Officer of Yomi Casual, Omoniyi Makun, tells BLESSING ENENAITE about his achievements, challenges, and other issues

What inspired you to go into fashion designing?

Initially, it was not my intention to become a designer. My elder sister made a mistake in 2002 when she got my Joint Admissions and Matriculation Board form for me. Instead of filling Fine and Applied Art, she filled Fashion Designing. That was how I got myself into fashion. It was not planned at all. I cannot even say I was inspired to become a designer. There was no inspiration from the beginning.

Do you think you would have been as successful as you are now if you decided to be a fine artist?

It depends. Maybe by now, I would be in one country or the other exhibiting my work. On the other hand, the case could be worse as I could have been under the bridge showing off my painting. However, I believe God never fails. I believe it was God’s plan for me (to be a fashion designer).

What are the challenges you face in your career?

The major challenge so far is still the cost of production, and maintaining a standard fashion house in Lagos State. It is quite expensive. At times, it seems like one is just working for the government. One makes good money and the money goes back to them. In my company, we cannot switch off the generator because we are trying to maintain cost. The diesel generator has to be put on from morning till evening. There is practically no electricity supply these days. You can imagine the amount we spend on diesel weekly.

What are the qualities a fashion designer needs to succeed?

The first quality is for one to be different, and that works for me. One has to stand out. Don’t try to copy people. One has to be different with one’s designs. When one stands out, people would start asking what one is doing. When people come closer and they see that one has something to offer, that means one is already doing it right.

In what ways did your elder brother, Ayo Makun, contribute to the success of your career?

AY made it so easy. Something that was supposed to take me five years to accomplish, took me two years to achieve. He had a platform that he used to showcase my designs. One can be good but not have the platform to showcase it. AY Show was the platform I used to advertise my works. It was really helpful for me at that point.

What do you consider to be your biggest achievement?

The fashion industry is saturated. What makes your company distinct from others?

My clients always say we are distinct and unique, and I think that is enough for me. I just do what I do and get good feedback.

Some people are of the opinion that designer wears are expensive. Do you make clothes for the average Nigerian?

Of course, we do. However, it depends on what you call average. Fashion is not easy; at times, it is pain. It can affect one’s pocket. But, we make clothes for everybody.

How can the government help the fashion industry?

First, we don’t have a standard factory. I look forward to taking my designs to a factory for them to mass produce, instead of me doing all the cutting and sewing all the time. Also, the government should give us a constant power supply. It will help almost all the business people in the country. (Inadequate) electricity (supply) is a major problem in our business.

Fashion designers are believed to often disappoint their customers. How does this affect the industry and how can the narrative be changed?

It affects a lot. Sometimes, it is due to selfishness. Some tailors collect jobs they cannot handle. If I am fully booked, I will tell clients so. I will never accept jobs I cannot do. I can confidently ask my clients, “Was there a time you needed your outfits that we could not meet up”? There has never been a time like that. It gives people confidence and makes them advertise one’s business for one.

It has been said that your outfits are overpriced. What’s your reaction to that?

I don’t know what they mean by that (laughs). However, luxury is not cheap.

You are friends with IK Ogbonna and Alex Ekubo. What binds you all and how do you settle issues whenever they arise?

Everybody fights, including brothers, and married couples. We have had our differences but we are good. They make us stronger. It is often said that if one has never had any issues with one’s friends, there is a problem. While I am a designer, IK and Alex are actors. My work requires them because I use them to model my outfits. We started bonding and we share the same dream. They want to be out there and whatever I do puts them out there. My work with them also puts me out there.

Your children were born in the United States of America. Was it deliberate?

It was deliberate and planned from the onset. I decided that I would not allow my children go through what my parents went through. I believe if one can afford it, it is not a bad idea. Some people may tag it as a waste of money but it only means one is giving one’s children a soft landing. There are artistes that cannot travel to certain countries to perform because they don’t have a blue (American) passport.

What is your most embarrassing moment as a fashion designer?

I don’t really have embarrassing moments as a fashion designer. But, in other areas, I do. While in school, I used to be a comedian. During a carnival at my school then— Auchi Polytechnic, Edo State, I was cracking jokes and the people were not getting it. At one point, a guy walked up to me on stage, carried me on his shoulder, and left the stage (laughs). Then, I used to have my banners everywhere on campus. That night, I tore my banner while going back home around 4am. I told myself that that was the end of (my) comedy (career). I killed that dream myself.

What is the most expensive clothing you have ever made?

I cannot say but I have worked with distinguished people, including governors, and presidents of different African countries, and I don’t even post (about it on social media). But, working with them means a lot to me.

What is the least price you have ever charged for an outing?

Who are your biggest cheerleaders?

In Nigeria, I value Mudiaga Enajemo (Mudi Africa) a lot. He inspires me without even saying a word. I see his lifestyle and tell myself every day that I must be like him. He is one of the fashion designers that don’t say much. He simply allows his lifestyle to speak for him.

That was way back in 2010/2011. During that period, I asked myself if I was really called to do this because I was struggling. I was the only one doing the cutting and sewing because I had no tailor then. I used to make clothes for both males and females. Then, I was not really good at making female clothes, but I had to incorporate it into my own style. Some ladies were not pleased with my style. When I came to Lagos in 2006, I was offered a bank job with a salary of N25,000/N30,000. I told AY that I would take the bank job but he disagreed. He said it was fashion designing I was called to do. He encouraged me to persist in my business. He showed me an outfit in his wardrobe made by Mudi and told me the price. He said he believes in my creativity and knows what I can do. I then became encouraged again to continue my sewing business. The rest is history.

What is your favorite fashion accessory?

Will you encourage any of your children to follow your path?

I will encourage them, especially my daughter. I will be so glad for her to become one of the top designers in the country and beyond.

If you were not a fashion designer, what would you have become?

I would have become an interior designer, artist or stylist.

What keeps you going?

I am a loner. I can be in one spot with my fabrics and good music. They keep me going. I don’t have to be in the midst of so many people. I grew up not having many friends. I am used to having just one good friend and I am fine.

How do you handle setbacks?

There are some things that one cannot control. One just has to move on. I try not to worry about things that I cannot control because they will always happen in one’s life once in a while. Things will fall back into place.

How do you balance work and family?

My wife understood from the beginning that I was a busy man even before we got married. While we were dating, she saw how I used to close very late from work. At times, we do video calls and she sees me working. She is now used to it. However, I don’t take advantage of the fact that she understands. My weekends are for me and my family. Also, my friends know that I am a very busy person. Most times, they come to meet me at my office. We gist and relax because they know they have to carry the ‘groove’ to where I am because I like my private space.

What are your hobbies?

I love playing basketball and video games. I also love to sketch and I can do that all day.