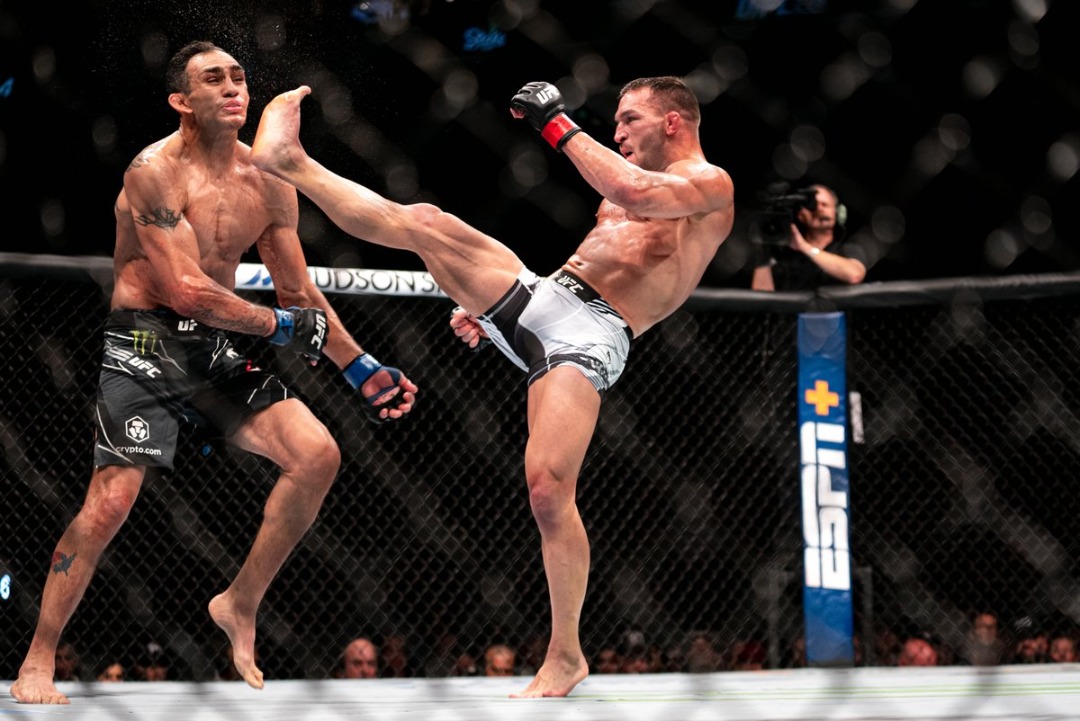 Michael Chandler picked up arguably the best knockout of his career on Saturday night.

The UFC lightweight contender and former Bellator champion brutally knocked out Tony Ferguson at UFC 274. The official stoppage came 17 seconds into the second round.

The lightweight bout was part of the UFC 274 main card at Footprint Center in Phoenix, Arizona, USA Today reports.

In the first round, both fighters started hot exchanging hard shots. Ferguson managed to connect flush and drop Chandler a minute into the round. Ferguson pressured Chandler and connected a few times before getting taken down halfway through the round. As usual, Ferguson maintained busy on bottom with submission attempts and strikes. He cut open Chandler with one of the shots. Chandler also fired back and connected some ground-and-pound and controlled the position until the final bell.

And to kick off the second round, Chandler came out with everything, throwing a soccer-like kick down the middle and connecting flush on Ferguson. Immediately, Ferguson dropped to the canvas and the fight was called off.

With this result, Chandler snapped a two-fight losing streak. The former Bellator champion was coming off back-to-back defeats to Charles Oliveira and Justin Gaethje. Chandler debuted for the UFC in 2021 after a decade of competing in Bellator. He stopped Dan Hooker in the first round of their contest. The win over Hooker was Chandler’s only victory in the octagon prior to tonight.

Michael Chandler knocks out Tony Ferguson with a kick at UFC 274 at Footprint Center.

After the victory, Chandler cut an incredible promo, calling out the winner of the main event between Oliveira and Gaethje, or opting to welcome former champ-champ Conor McGregor back to action.