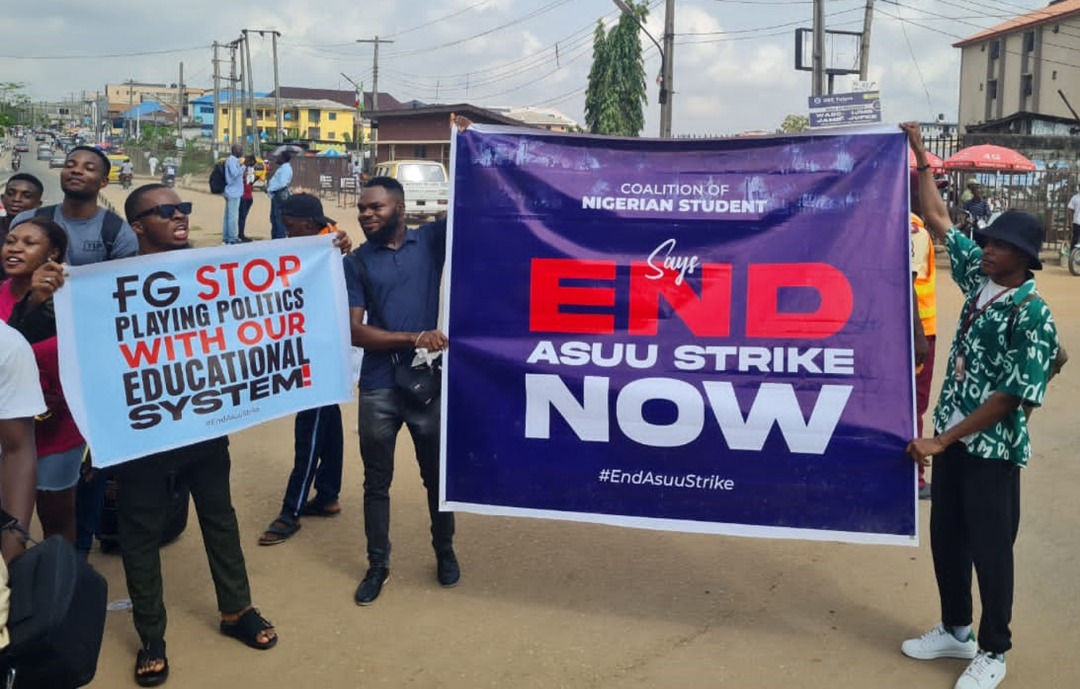 Following the extension of the strike action of the Academic Staff Union of Universities by another 12 weeks, student groups have decided to continue their protests across the country.

Students under the aegis of Fund Education Coalition have declared a protest action to hold at the gate of Obafemi Awolowo University, Ile-Ife, Osun State on Thursday, May 12.

The Students’ Union of the University of Ilorin had also in a flier, called on Nigerian students in Ilorin to join in a protest which would commence at the university’s gate on Tuesday.

Similarly, the National Association of University Students, Oyo State Campus Monitoring Committee, in a statement issued late Monday, signed by its Chairman, Comrade Shittu Ridwan Adeniyi, declared a mass protest to hold at the Office of the Wife of the Governor of Oyo State on Wednesday.

Sources also noted that the protest would hold in Edo State.

On Monday, ASUU, after its National Executive Council meeting which started on Sunday night at the Comrade Festus Iyayi National Secretariat, University of Abuja, declared an extension of its strike by 12 weeks.

A statement signed by the ASUU president, Prof. Emmanuel Osodeke, said this was to give the government enough time to satisfactorily resolve all the outstanding issues.

According to ASUU, the strike action came on the heels of the government’s failure to satisfactorily implement the Memorandum of Action it signed with the Union in December 2020 on the renegotiation of the 2009 FGN/ASUU Agreement, deployment of the University Transparency and Accountability Solution (UTAS), Earned Academic Allowances (EAA), funding for revitalisation of public universities (both Federal and States), proliferation and governance issues in State Universities, promotion arrears, withheld salaries (owed for over 20 months in some cases), and Non-emittance of third-party deductions.