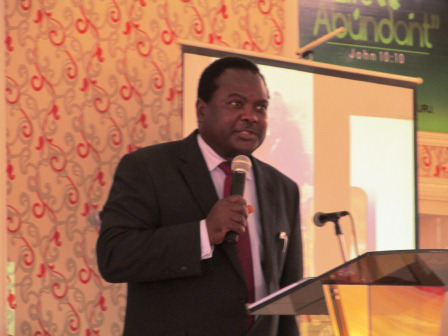 The President, Nigerian Baptist Convention, Dr. Israel Akanji, has pleaded with bandits to release the remaining student of the Bethel Baptist High School, Kaduna from their captivity.

Bandits invaded the school on July 5, 2021, and abducted 121 pupils after killing two soldiers.

The bandits released 120 pupils in batches after the payment of ransom.

While addressing journalists in Ibadan on Monday, Akanji said one of the students was still being held by the bandits, while begging the adductors to free him.

He said, “120 students are back and one student is still in their captivity and we are begging them to release him. We are praying and we believe that God will answer us and the young man will come back to us soon.

“We are not doing anything differently from what we did when they released the other students. We eventually succumbed to their demand for money. We hope they will release the remaining student.”

The clergy lamented the deteriorating security situation in every part of the country while calling on the government to seek help from the international community to tackle the issue.