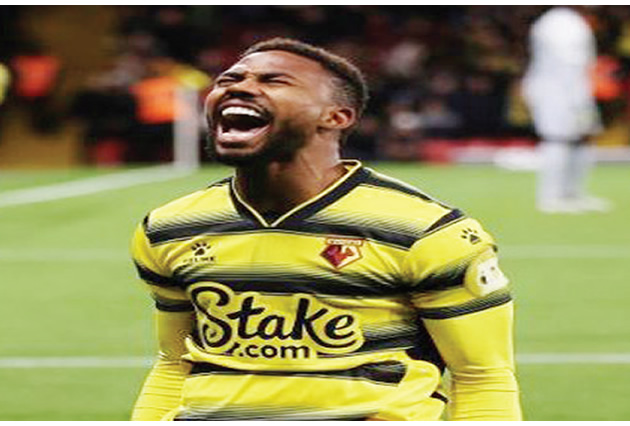 Clubs can pick up Watford’s Emmanuel Dennis for as little as £20m this summer following Watford’s relegation into the Championship for next season.

The Nigerian forward, who only joined the club 12 months ago, managed 10 goals and 6 assists for the Hornets this season, but could not prevent his side from dropping out of the English top-flight, with their fate confirmed by a defeat to Crystal Palace on Saturday.

One of few who can come out of the disastrous season with any credit from a Hornets’ point of view, the 24-year-old is almost certain to leave the London club this summer, and is likely to have no shortage of suitors.

And, he will not cost a massive amount either by modern standards, with Watford demanding £20m but, in truth, likely to accept less for the man who has become a key part of their side.

British journalist Ryna Taylor stated that Dennis representatives have agreed for the player to be sold at that price.

“Watford [are] ready to move Ismaïla Sarr & Emmanuel Dennis on this summer. The Nigerian has a relegation clause in his contract that sees wages slashed in the Championship. £20m is the asking price, his reps have been made aware of interests. Lyon have also held talks for Moussa Sissoko,” Taylor tweeted.

Also, the Hornets are still holding out for around £40m for 24-year-old Sarr, but the club are also ready to move him on should suitors present themselves for the Senegalese winger, who has previously caught the eye of Liverpool, though that ship appears to have sailed.

His return to the Premier League has proven a mixed one, with injury restricting Sarr to just 21 appearances, which have yielded 5 goals and 2 assists. While the talent is undoubtedly there, it is unlikely to warrant any £40m offers.