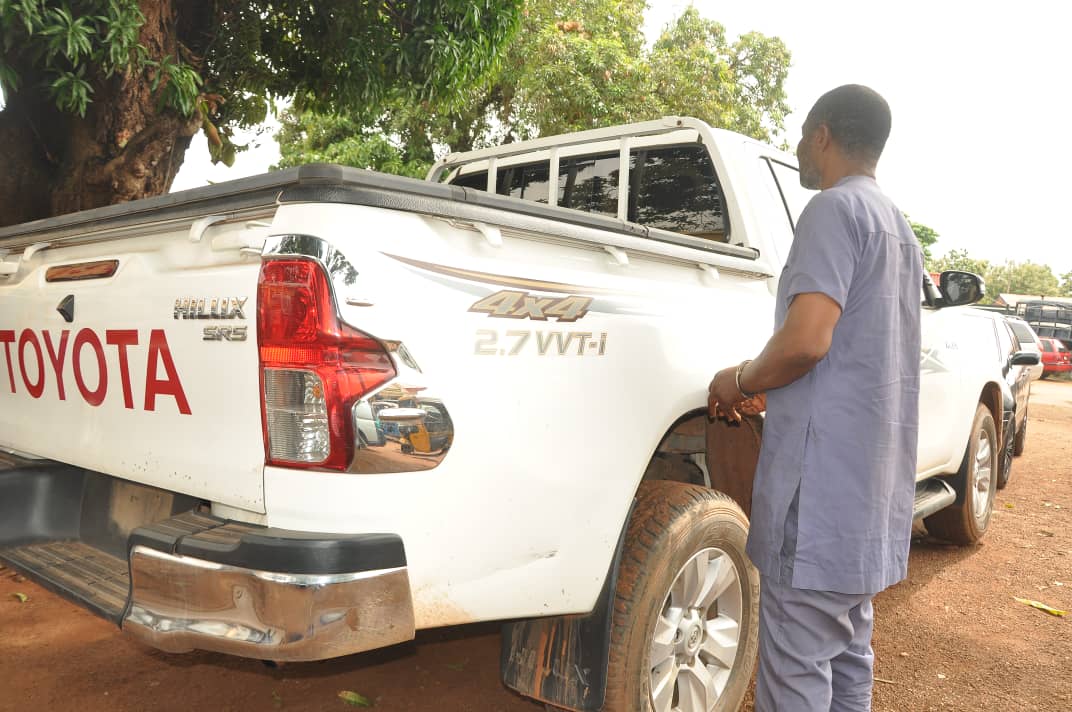 The suspect, Nwankwo, who was said to be a driver to Mrs. Ugo Nnachi, allegedly made away with his boss’ Toyota Hilux, last Friday, without traces, until Sunday.

The police said he was arrested in Nnewi, Anambra State, while on the verge of selling off the vehicle to his syndicate.

The Police Public Relations Officer, in the state, Mrs. Loveth Odah, stated this in a statement on Tuesday.

According to her, on May 6, 2022, at about 14:00 hours, a case of stolen vehicle was reported by One Ugo Nnachi ‘f’ through distress call that her driver, one Sunday Nwankwo ‘m’ age 52 years, a native of Okposi Eyim Umuoghara in Ezza North Local Government Area, made away with her Toyota Hilux with Registration number EDA-630-AA, Chassis number MROHSCDIH0915349, white.

“Sequel to this information, police operatives attached to the Ebonyi State Command’s Special Crack Squad swiftly went into action and on Sunday, May 8, 2022, trailed the suspect to Ogidi in Idemili LGA of Anambra State where he had gone to sell the said vehicle to his syndicates.  The police arrested the suspects and recovered the said Toyota Hilux to Ebonyi State. Other syndicates are at large, meanwhile, concerted efforts are on top gear towards arresting the fleeing ones.

“In the light of the above, the Commissioner of Police, Ebonyi State Police Command, CP Aliyu Garba psc (+), while commending the efforts of the officers for the feat achieved, enjoined the good people of Ebonyi State to be vigilant, law-abiding and voluntarily avail useful information on time to police operatives within their locality to help in their efforts towards fighting crimes to the barest minimum.”