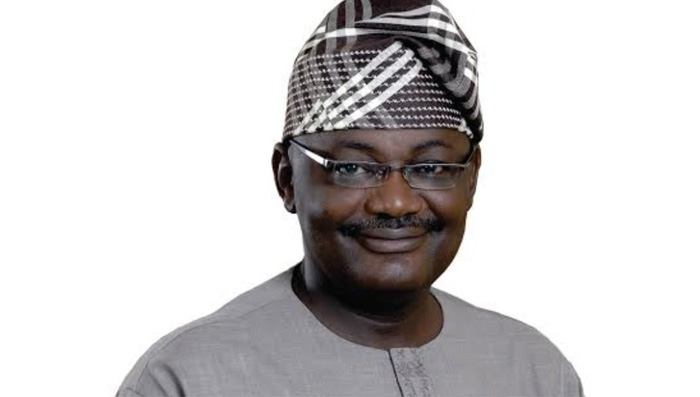 A three-time governorship candidate in Ogun State, Prince Gboyega Nasir Isiaka, has promised to accept any mode of primary to be adopted by the All Progressives Congress for Ogun West Senatorial District, including consensus arrangement provided the persons that were going to sit down to consider the consensus would remain truly fair.

According to him, his fears became so pronounced because “we have been seeing strange things in our senatorial district this season.”

Isiaka, an aspirant for Ogun West Senatorial District under the platform of APC regretted that people that were supposedly respected leaders and elders that should be fair and independent in their minds, have almost turned to campaign managers of one politician.

He said, “We are ready for any mode of conduct of the primaries. It depends on what the party leadership wants to do. Direct, Indirect or Consensus, I am ready. My only issue with Consensus is that we have to be sure that the people that are going to sit down to consider the consensus are truly fair.

“We have been seeing strange things in our senatorial district this season. A particular supposed aspirant has been going around to conduct one programme or the other and what you see is our leaders and party excos that are supposed to be unbiased and be fair in their assessment, going around with this individual, endorsing him and signing communiqués all over the place.

“How do we have confidence in such a process if these people are to be the ones to choose? Some people that are supposed to be respected leaders and elders that ought to be fair and be independent in their minds have almost turned into campaign managers of one individual. So how do you want us to rely on decisions coming from some of these people?

“If you want to go through the consensus road, the question is, what the criteria are and the people that will make it up so that we can all assess the fairness of these people. For the other two modes of primaries, whichever one that is taken, we will go for it. We are all working hard to ensure that we have the best of decisions.”

He also described as untrue claims that he betrayed Senator Olamilekan Adeola also known as ‘Yayi’ during the 2019 elections, by rebuffing his efforts to work with him.

According to him, it was Adeola that did not support him when he contested for governorship in 2015 under the platform of the Peoples Democratic Party.

He said, “This is laughable really and unfortunate also. Somebody mentioned it to me and what I said was that maybe Senator Yayi was quoted out of context because there is no way he would say that to me personally. I do not think he can say that to my face given what has transpired.

“In 2015, when I was in the PDP and eventually picked up the gubernatorial ticket of the party, Adeola wanted to contest for Senate and then he went back to Lagos afterwards. One of our younger ones called Gbenga Ekunola approached me that since Yayi seem to be promoting Ogun West for Governor, he was going to talk to him to support us in the election.”