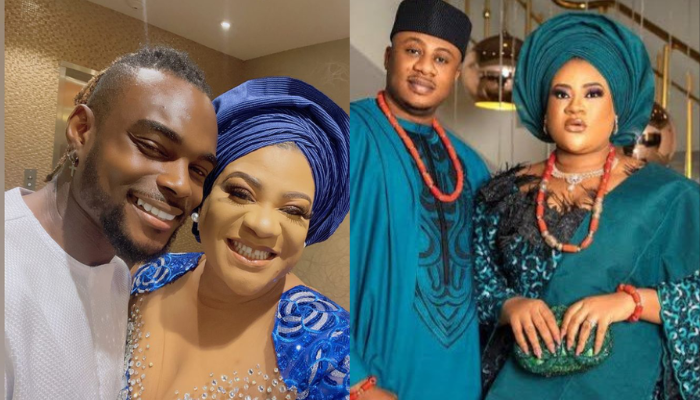 Nollywood actress, Nkechi Blessing, on Tuesday flaunted one of her exes on her Instagram page as she subtly threw a shade at Opeyemi Falegan, her most recent ex.

Sharing a picture of herself and the said ex on her Instagram story, she noted that she was still friends with him because he kept shut after they broke up.

This comes hours after her most recent ex, Falegan, publicly apologised to her following their messy breakup.

Nkechi captioned her latest post, “The type of ex you can be friends with. The one who keeps shut after a breakup”.

The actress had earlier sent a warning to some of her fans via her Instagram story, where she wrote in Pidgin, “E be like say M#dness dey run for some of una family. Na so so r#bbish una dey post now.

“l wish he’s using the clout for something meaningful other than having useless girls slide into his DM . Make nobody tag me to trash, abeg!”

Though she didn’t categorically state who she was referring to in the post, it is pertinent to note that she gave the warning shortly after Falegan apologised to her.

In an Instagram live session with media personality, Daddy Freeze, Falegan admitted that he “messed up” during his relationship with the star actress.

The politician also stated that he still loved the actress, as he tendered the apology.

The breakup between the duo trended on the Internet two months ago as they attacked each other on social media.