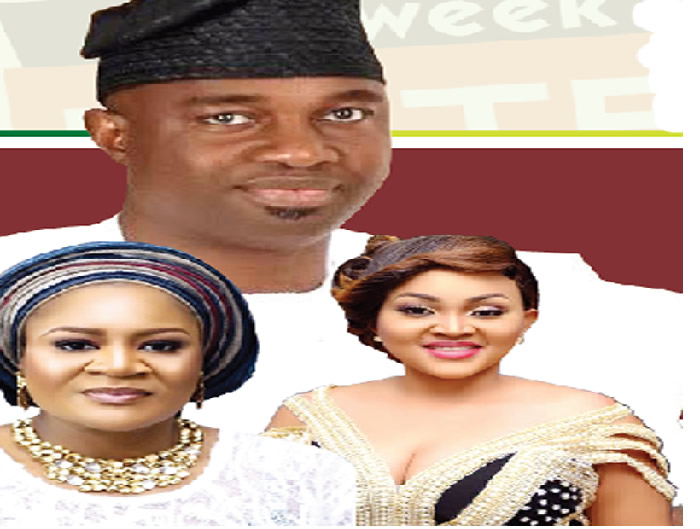 The ongoing marital crisis between popular Nigerian movie marketer, Kazim Adeoti, aka Adekaz, and his estranged first wife, Oluwafunsho, also called Asiwaju Couture, has taken another turn as the duo, in separate lengthy online posts, made some revelations about their matrimonial home.

Oluwafunsho, who had been outspoken against Kazim’s controversial marriage to Nollywood actress, Mercy Aigbe, in an Instagram post, lamented the spate at which the actress had been posting pictures and videos in the matrimonial home she claimed to have furnished with her hard-earned money.

Noting that Kazim underestimated her warning of going public with screenshots of a private chat she had with him against Mercy’s action in the house, the mother of four, in an Instagram post on Monday, said she found out her husband married a second wife online, adding that the move was never brought to her attention.

The post read in part, “Kazim you underestimate me right, it’s ok to cause I was your fool for 20 years. You kept on pushing me, I told you if it continues, I will post this message (screenshots).

“Mercy, it’s the audacity for me. I told you, you can have him, keep him, do whatever the hell you want with him, but one thing I will not let go of is my sweat, what I worked hard for.

“Little girl, you’ve got some nerve, how dare you think it’s okay showing off what I worked hard for on a daily basis and think I would be ok with it. Kazim I am coming to get what is mine. This I promise you.”

Oluwafunsho’s message in the screenshots attached to the post read in part, “100% of everything in that house was furnished by me. You low life of a man, you married another woman in the sweat of another woman.

“This is not a threat but a reality, if Mercy posts any more pictures in that house, this message will be published and I will grant interviews.”

Reacting, Kazim said it was necessary to set the record straight as most of the stories written about the affairs of his family were fabricated.

Noting that some of the stories emanated from his first wife, the movie marketer insisted that the house he built was solely funded by him.

Kazim’s post on Instagram read in part, “I have two wives. One lives in the US while the other lives with me in Nigeria. As a matter of fact, I just got back from America three days ago where I spent quality time with my family and tried to mend fences with my first wife who is obviously still angry I married a second wife.

“And talking about being a Muslim and a responsible man, I make sure none of my family in US or Nigeria is suffering. For the record, I ensure my US family gets 1500 dollars since 2016 monthly until recently when I reviewed it to 1000 dollars because our daughter is now in a private university and I have been solely responsible for her school fees and upkeep.

“In as much as there is nothing bad in a husband and wife building a house together, in my case, we did not. I built the house myself. When I was furnishing the house, she bought some furnishing materials and part of the money I refunded. My second wife had added some furnishings to the house as well.”

The movie marketer said he would not speak ill of his first wife for the sake of the good and bad times they had shared together and because of their children.

He added, “It is understandable that my first wife is unhappy about getting a second wife but she left me no choice when she relocated permanently to the US. I am a Muslim and Islam permits me to marry more than one wife as long as I take care of them and I don’t maltreat them.

“I can stand before God and man that as a man, I have done my best not to maltreat them. And I will not paint my first wife bad no matter what or use foul language on her and her family. When she came to Nigeria recently, we, she, myself, her family and mine had a zoom meeting.

“And our meeting was open, honest and respectful. Many of them are surprised at the turn of events and the dragging of family name in the mud but as it is, we have to leave everything in the hands of God and let God continue to guide us and reward us all.”