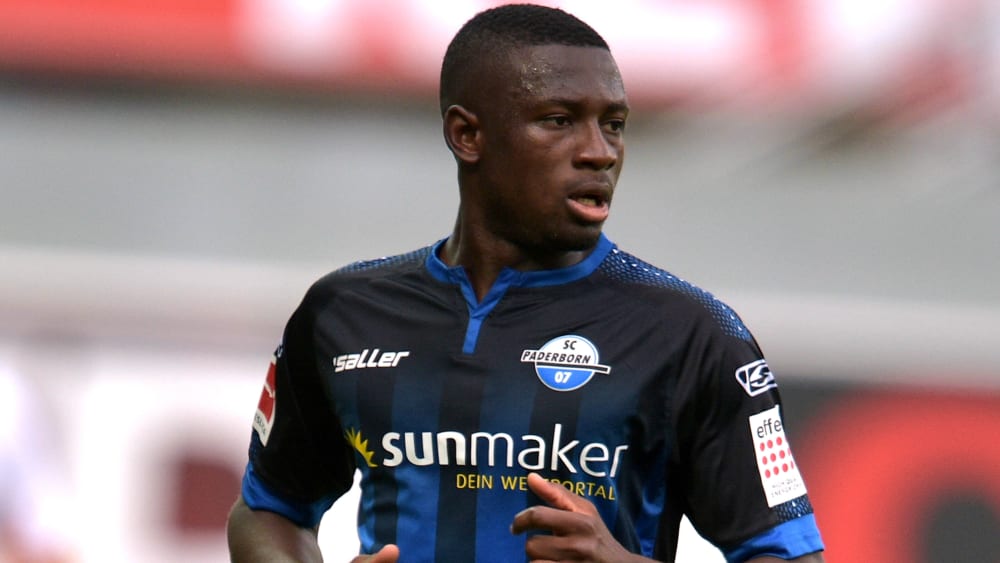 Jamilu Collins’ time with German II Bundesliga side SC Paderborn has ended after the club confirmed the player was among several others who will leave at the end of the season.

Collins’ contract with Paderborn ends June 30, but the club won’t extend the defender’s contract, which means he will be free to open talks with other clubs and move elsewhere when the summer transfer window opens.

The left-back has made 20 appearances for his German outfit this season, scoring one goal with three assists.

However, Paderborn took to social media to announce that the Super Eagles defender was among the players leaving the club.

“The season is coming to an end, which always means saying goodbye. Thank you for your efforts,” the club wrote on Twitter.

Since joining the club in 2017, the Kaduna-born left-back made a total of 137 appearances across all competitions, scoring twice and registering nine assists.

With just one game left to play in the 2021/22 season, Paderborn currently sit sixth on the log with 51 points and are six points behind Hamburger and Darmstadt, who occupy the third and fourth positions with the same points.