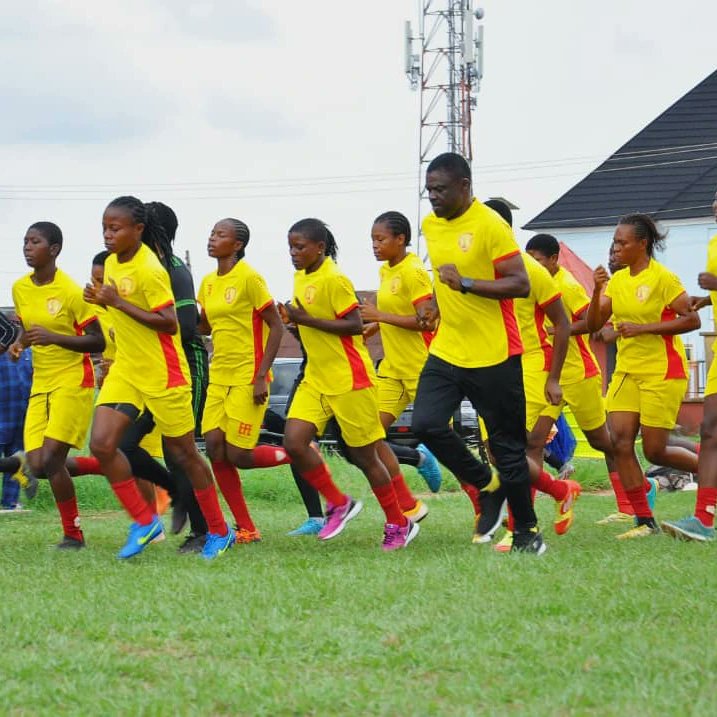 Ahead of the 2021/22 NWFL Super Six, Chairperson, Nigeria Women’s Football League, Aisha Falode, has dismissed insinuations in some quarters that hosting the NWFL Super Six in Benin City, the Edo State capital will hand Edo Queens the advantage as the home side.

This year’s edition of the NWFL Super Six kicks off May 16 and ends May 22.

“The alleged fear over the host venue for the Super Six in relation to Edo Queens is misplaced, unfair and unfounded,” Falode told The PUNCH.

“The fact that Benin City is the host will not confer on Edo Queens an undue advantage over other competing teams. We are a sensitive, responsive and responsible body.

“Firstly, the NWFL did not choose Benin City as the hosts; rather it was only Edo State that responded to our call.

“At this point, nobody knew who was going to qualify. Edo State was the only candidate that met the requirements and the NWFL had no choice but to award the hosting rights to the state.

“Again, for emphasis, remember that the whole procedure took place before the kick off of the season. It would be uncharitable and unfair for anyone to say that there was an ulterior motive or there was any other reason why the hosting rights were given to Edo. Unarguably, Edo Queens fought hard on the field to merit their place in the Super Six.”

The NWFL boss added that the body would stage a hitch-free and successful tourney in Edo.

“We are alive to our duty as unbiased umpires of the league and will do nothing to compromise on the ironclad rules and regulations of the game. You can be rest assured that we will be impartial judges, adequate measures have been put in place to ensure fairness and this will prevail before, during and after the football fiesta like we are known for.”