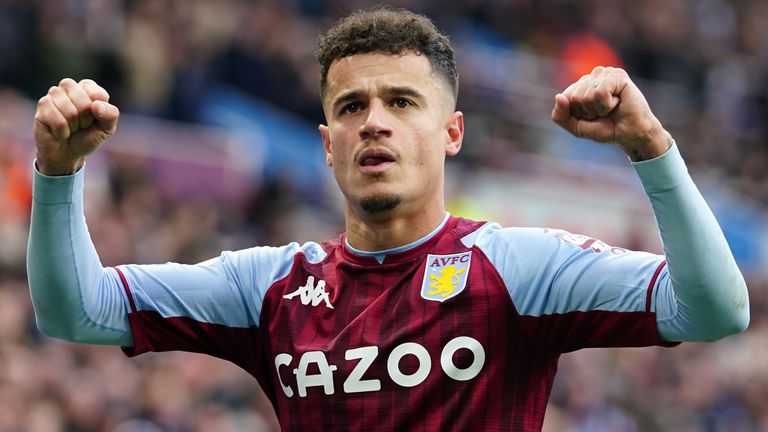 Aston Villa completed the permanent signing of Barcelona playmaker Philippe Coutinho on Thursday in a deal the La Liga club said is worth 20 million euros (£17 million).

The Brazilian has impressed since arriving at Villa on loan in January after struggling to make an impact at Barcelona.

The former Liverpool star, who has scored four times and contributed three assists for Villa, has agreed a contract that runs until 2026.

“This is a brilliant signing for Aston Villa,” Villa boss Steven Gerrard told the club’s website.

“Phil is a model professional and his impact on the group has been very clear since he joined in January.

“With the way he conducts himself on and off the pitch, he’s also a valuable role model for our younger players who can only benefit from his experience.

“As we look to build towards next season, it is incredible to work at a club that executes its business so decisively and smoothly.”

Coutinho joined Barcelona from Liverpool in 2018 in a deal worth £146 million.

But, although he was a member of two title-winning teams at Barca, he never recaptured his Liverpool form.

Coutinho, who spent the 2019-20 season on loan at Bayern Munich, scored 26 goals in 106 appearances for Barca.

Coutinho has been capped 67 times by Brazil and was part of the side that won the 2019 Copa America.