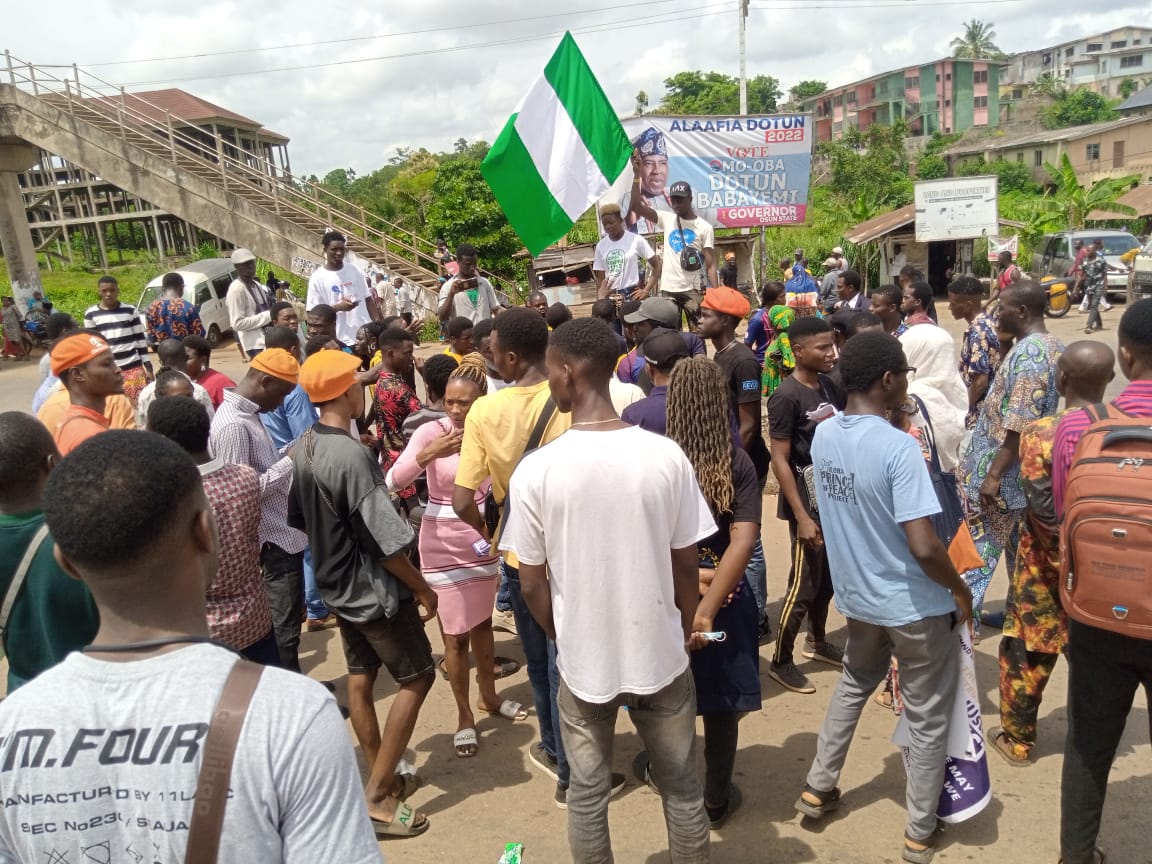 Many commuters traveling along Ife/Ibadan expressway were for over six hours stranded in Ile-Ife as students protesting the current industrial action by the Academic Staff Union of Universities, on Thursday, blocked the road.

The protesters, led by a 22-year old female student of the Obafemi Awolowo University, Ile-Ife, Osun State, Omowunmi Abraham, popularly known as Ewatee, had converged at the main entrance to the university around 9 am and blocked Ife/Ede road to traffic before they moved to the opposite direction of the road and blocked the Ife-Ibadan expressway.

The protesters, however, opened the road at about 3 pm and marched to Mayfair area of Ile-Ife, where they held a brief meeting and resolved to continue the protest on Friday.

A convoy of Osun State Police Commissioner, Wale Olokode, was also trapped in the gridlock created by the barricade of the protesting students.

Olokode, when he arrived the scene, had attempted to address the students, but his attempt was rebuffed by the protesters, who sang songs depicting frustration caused by the industrial action.

The students also observed Zurh (2 pm Muslim prayers) on the road while the protest was on.

Amongst others, the participants in the protest, organised by Great Ife Concerned Students in collaboration with Fund Education Coalition, demanded immediate end to ASUU strike and called for proper funding of the education sector.

The ASUU Chairman, OAU branch, Dr. Adeola Egbedokun, who also joined the protesters, briefed the students on the development between the striking lecturers and the federal government.

Addressing the protesters, Ewatee said, “Until they meet our demands, we are not leaving the street. If not for the strike, we should be in our various classes by now. We are idle now. We are supposed to be in school. We don’t have job to do.

“We are declaring a total blockage of the road with barricade. We are suffering students, we are all affected and we have fathers and mothers.”