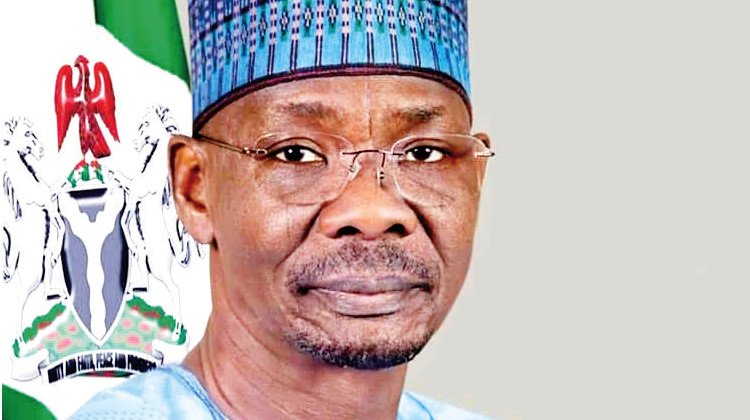 Nasarawa State Governor, Abdullahi Sule, has sympathised with Senator Solomon Ewuga over the demise of his daughter, Adzuayi Ewuga, a female pilot, who recently died in a plane crash in Central Cameroon.

Our correspondent gathered that Ewuga died in a mini aircraft belonging to Caverton Aviation Cameroon, which had eleven passengers on board.

The aircraft was flying from Yaounde Nsimalen Airport to Belabo in the east of the country when air traffic services lost radio contact.

The deceased is the second daughter of Senator Solomon Ewuga, a stalwart of the People’s Democratic Party who represented Nasarawa North Senatorial District at the National Assembly between 2011 and 2015 on the platform of the defunct Congress for Progressive Change.

In a press statement issued in Lafia on Friday by the Governor’s Chief Press Secretary, Ibrahim Addra, Sule described the late pilot as a role model who lived an exemplary life.

The statement read, “Governor Abdullahi Sule has received with shock the news of the tragic death of Miss Adzuayi Ewuga, the daughter of our former deputy governor, minister and distinguished senator, Solomon Ewuga, who died on Wednesday, May 11, 2022.

“Miss Ewuga whose reported death in the ill-fated DHC 4-600 aircraft belonging to Caverton Aviation in Cameroon, is a sad loss of an enterprising young woman, a role model and a worthy torch bearer for Nasarawa state and the country at large.

“At this trying moment, our prayers as a people, state and government are with Senator Ewuga, his family and friends.

“We mourn this collective loss but are consoled that Adzuayi, the young pilot, lived an exemplary life.

“We pray that God comforts and grants Senator Solomon Ewuga and the family the fortitude to bear the irreparable loss and the deceased, eternal rest.”

Aribo: We’re all behind Hasenhuttl