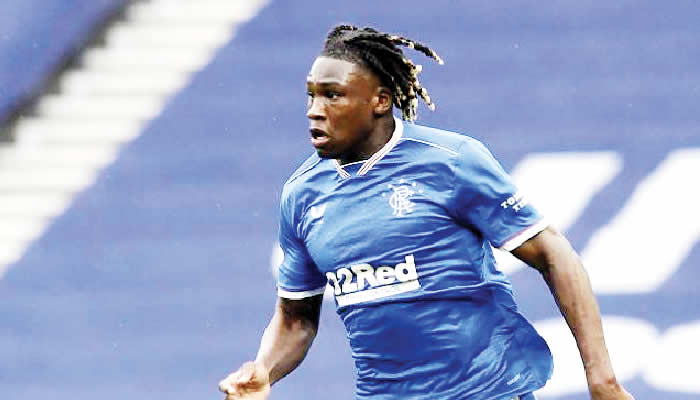 Nigeria international Calvin Bassey is set for a reunion with former manager Steven Gerrard as reports in England suggested that the Liverpool legend is interested in bringing the defender to Aston Villa ahead of next season, PUNCH Sports Extra reports.

According to a Scottish website, Scotsman, the English Premier League club are considering a move for the Rangers defender and are ready to make a move when the summer transfer window opens.

The 22-year-old has impressed this season for Rangers and has played a total of 48 games across all competitions and registered six assists.

The former Leicester City youngster has played both at left-back and centre-half in the current season due to injuries to Leon Balogun and other defenders.

His good form earned him his first Nigeria caps and he made his international debut against Ghana in the World Cup final playoff in March.

Scotsman, quoting The Telegraph, said Gerrard, who brought the defender to Ibrox in 20202, was keen on bringing the player to Villa Park.

Aston Villa are planning a summer revamp under Gerrard, who joined the club from Rangers in November last year, and The Telegraph claims that left-back is an area the Birmingham outfit have identified for strengthening.

“Bassey is name-checked as one of Aston Villa’s targets, as is Bologna and Scotland full-back Aaron Hickey,” the website wrote.

“Bassey still has two years to run on his contract at Rangers and would command a sizeable transfer fee given his current form, potential and versatility in the backline.”