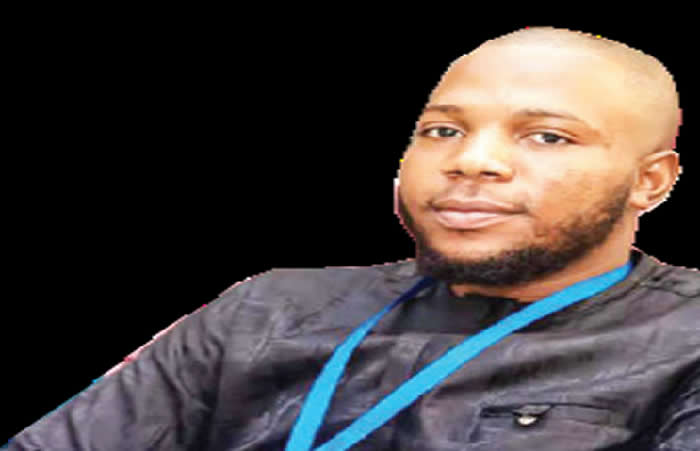 Kayode Idowu, a student of the Obafemi Awolowo University, who was seen in a viral video being brutalised by some members of the Western Nigeria Security Network, also known as Amotekun, in Osun State on May 30, shares his experience with SOLOMON ODENIYI

Can you recall what happened on May 30?

In the early hours of Saturday, May 30, around 3am, I and some others were returning from a bachelor’s eve because I am also a businessman and one of our colleagues was having his wedding and Friday was the eve. As we were returning in a vehicle, we wanted to lodge in a hotel. On getting there, the hotel was filled up, so we couldn’t lodge and we attempted to turn back and approach the road through which we came in.

On getting to the road, we spotted the Amotekun corps. They were about 15. They were on the road and were beating two people. We didn’t know the offence they committed, so it didn’t allow me to know the next best line of action, whether to get down and approach them or remain in the vehicle. As I pondered on this, one of them came to me and pointed a gun at me and ordered me to get out of the car.

I greeted him and told him I am a student of Obafemi Awolowo University. While trying to tell him where we were coming from, he slapped me. Immediately he slapped me, I came down. Meanwhile, they were shooting indiscriminately and I didn’t know what to do next. I had to start begging him. As I was pleading, one of them struck me with an axe on my left leg and I fell. They later used the axe on me repeatedly. I started pleading for my life; I said we were students and not there to fight them.

One of them kept shouting that we should not be allowed to go. He asked where we were going at that time of the day and they continued beating us. One of the operatives’ eyes were trained on the bag I was carrying. The bag contained my money and phones. Because I had a wedding to attend, I had some money with me. He asked what was inside and I told him. He said it was a lie and accused us of having guns. He collected the bag from me and left. I couldn’t resist because I was on the floor helpless, while one was still questioning me and I was trying to plead for my release.

The two other persons in the car with me were on their knees. This was after they had also been beaten. So when I noticed that they shifted their attention to those they were beating before we arrived, I went to them to request my bag. One of them handed me an empty bag and another person returned my phones, but the money was not in the bag. To avoid more trouble, I didn’t complain about the missing money.

Did you report the case to the police?

I reported at the Moore Police Station.

Amotekun said you obstructed the personnel from going about their duties. Did you?

We didn’t obstruct them from doing their work. We know that even as vital as the evidence is, they will still try to water it down.

You have written a petition to the Commissioner of Police. What is the latest development on that?

The petition we submitted gave an ultimatum of 72 hours, but the CP said he could not work within that time frame, because he had to do a lot of investigation to know what was true, right and wrong about the whole event. Earlier, we met the Special Adviser to the Governor on Security Matters. The Amotekun operatives were summoned, but nobody came. A senior officer at the Zone 11 police headquarters said he was informed of the operation that happened on the highway that day in the middle of the night. He said people were crying for help and that was when the Amotekun corps came to the scene and mobilised themselves in a bus. It was like an impromptu operation. So, it was from there that they were chasing the attackers and a lot of things happened.

They talked about arresting the driver and all that, but they didn’t talk about harassing students; skipping that part itself shows it was a deliberate attempt to suppress our story. There were two sets of people beaten that day. Why would they say we were suspects? This is nonsense. What they did was unconstitutional. I suggest that they should make a law if they don’t want students outside at any time of the day.

What do you think would have been your fate if nobody had recorded the incident and shared it?

One of those beaten runs a nightclub. Did they expect him not to go home at the close of business that day? Or are there limitations to how a young man can make a living for himself?

What are your demands?

Justice should be served appropriately. I am a popular person and a student leader. These are some of the things we have been agitating against and I am now a victim; the money removed from my bag should be returned and the Amotekun operatives should undergo some training.