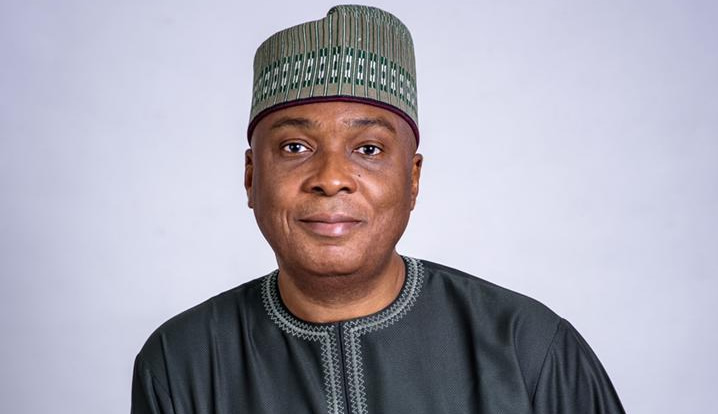 Former Senate President, Bukola Saraki, has said he will lead the process that would aid the desired restructuring of the country if elected president in 2023.

According to him, the Abubakar Bukola Saraki administration will pursue the process of restructuring to ensure that it is delivered to enhance Nigeria’s unity, progress, and development as one people.

Saraki gave the assurance in his policy booklet titled, ‘My Social Contract with Nigerians’ which was made available on his Presidential Campaign website on Saturday.

The Peoples Democratic Party presidential aspirant hinged his presidency on 5 policy pillars which contains his specific plans for fixing Nigeria.

The decision to lead the restructuring process, Saraki said, was borne out of the national consensus that there was need to restructure the country for greater unity and development.

“I will lead the process upon the assumption of office to create a series of national engagements to evolve a national consensus on constitutional issues that have tended to hold us back from development and reset them. This initiative will be aimed at strengthening our unity and ability to deliver development to our people.

“There is an urgent need to find effective solutions to the crises of political instability and economic underdevelopment
confronting Nigeria. This requires a reconsideration of the constitutional order imposed on the country through military fiat since 1966.

“Surely, staying together as Nigerians in one country has tremendous benefits for every citizen, ethnic or religious group. Our diversity ought to be a major source of strength. However, the failure to manage
it effectively through well-thought-out and well-designed institutions and structures of governance has led to deep-rooted feelings of injustice, inequality, and inequities.

“The purpose of resetting the constitutional order of the country [restructuring] is to change the foundational defects – structural, systemic, and institutional – that have so far, stymied the prospects of Nigeria becoming a truly united, stable, and prosperous country.

“The ABS Administration will confront and resolve this onerous challenge from which predecessor governments have shied away thereby exposing the country to avoidable inter-ethnic/religious distrust, irredentist tendencies, and possible disintegration,” the pillar three of his policy document read in part.

On how to achieve the planned restructuring, the presidential aspirant stated that upon assumption of office, he said:

“The ABS Administration will, therefore, provide fresh proposals and recommendations to restore federalism at the central, zonal/regional, state, and local levels – featuring a coherent and better functioning federal structure, equitable Exclusive List, Concurrent List, Residual List that guarantee a higher level of limited autonomy to the federating units, as well as provide for sub-national constitutions unprejudicial to the federal constitution.

“The National Assembly and Form of Government – featuring a modified legislative, judicial, and executive presidential system.

“The Nigerian Security Architecture -featuring the Police, the military and intelligence services, and policing a culturally diverse country in a federal union.