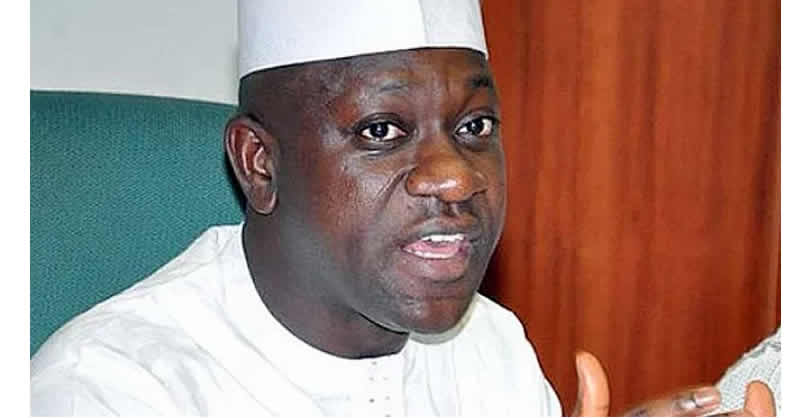 Abdulmumin Jibrin, a top campaigner for All Progressives Congress chieftain, Bola Tinubu, has given reasons for dumping the presidential campaign of the ex-governor of Lagos State.

In a statement on Saturday, Jibrin said he had no choice but to quit Tinubu’s presidential campaign after his exit from the APC to the New Nigeria People’s Party led by former Kano governor and NNPP presidential aspirant, Rabiu Kwankwaso.

The former member of the House of Representatives, however, reiterated that he had no issues with Tinubu but with Governor Abdullahi Ganduje of Kano State.

In his statement titled, ‘Why I left the APC – Hon Abdulmumin Jibrin’, the ex-lawmaker said his political life had been miserable in the last seven years due to the overbearing nature of the party’s leaders in his home state in Kano.

He said, “In my twenty-three years of postgraduate experience, the last seven years were my most unremarkable, so much that my long-established career almost reached a point of utter implosion…

“The horrifying disappointments of my past seven years revolved around this character who’s determined to destroy anybody that activates his glaring inferiority complex. His sadistic instincts make him quite a frightening ally, so much that he feels the need to treat his allies as the marginalized black Africans in apartheid-era South Africans to feel a sense of superiority and misguided advantage. I dedicated everything to the political interests of this man, but he kept asking for more. This circus became too embarrassing that I had to take a step back for soul-searching to redeem myself. There’s a difference between service for the common good and a quest to be worshipped by one’s allies. We must never confuse loyalty with slavery.”

“This man yearned for that and put me through a mentally draining phase in my life that I had to step aside to reflect on my political choices. It’s unsurprising that all his political principals and lieutenants are deserting him, and he risks becoming an island at the end of his stewardship.

“When he tried to lure me back a few days ago in a lengthy phone conversation, I asked him a question to stir up deep introspection on his demoralizing interpersonal relations. I asked if, as a father, he would want others to treat his children in the fashion he treats us his political allies and lieutenants. At the appropriate time, I intend to discuss the viciousness of this man in detail,” he added.

Continuing, Jibrin said, “However, my exit from the APC means I’ve ceased to be involved in the presidential campaign of Alhaji Bola Ahmed Tinubu. The fact is, no individual can be a significant minus in Asiwaju’s campaign. The campaign is armor-built and designed to excel even without me. Based on the passion and dedication of the team invested in his aspiration, not even Asiwaju can stop his campaign let alone an Abdulmumin Jibrin.

“I want to appeal to the public to avoid overestimating my relevance to the team and stop the rumour and creating all sort of theories around this matter. I have my value but it will not take away anything from the menu I saw on the BAT campaign table.

“For the avoidance of doubt, let me clarify that I have no problem whatsoever with Asiwaju. We have never for once had issues. My problems were local and all politics are local. Asiwaju took a sincere interest in me and gave me the free hands to participate in his project, and my exit from the party doesn’t erase my respect for him and belief in his capacity and vision to redeem the fortunes of Nigeria.

“Asiwaju did his best to intervene to prevent my exit from the party. Not because it would affect his campaign in any way but for the genuine likeness he has for me. Unfortunately, wherever this man after my career function, I feel a sense of obligation to flee for my political safety. It’s one toxicity I’m no longer prepared to endure, and I do want to use this opportunity to apologize to the entire BAT family across the country for whatever embarrassment or inconvenience my sudden exit from the APC must’ve caused.

“I have already met Asiwaju to tender my apology, and he will continue to be a father to me and his house, my home.”