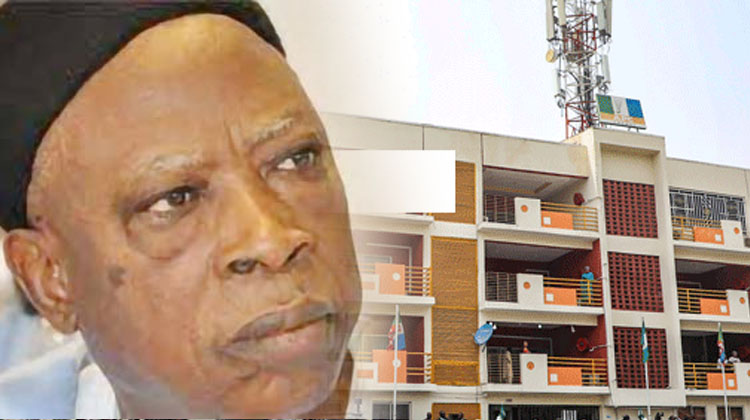 •Party postpones screening of 28 presidential aspirants to May 23

The All Progressives Congress has refused to announce its decision on zoning two weeks to its presidential primary amid fears that the Peoples Democratic Party may pick a northerner as its presidential candidate on May 29, Sunday PUNCH can confirm.

This was what informed the decision of the Senate President, Ahmad Lawan; and Governor Badaru Abubakar of Jigawa State to join the presidential race at the last minute.

A source in the APC said, “It is not in our constitution that people should be denied their fundamental human rights . Also, the Nigerian constitution says everybody will be able to contest. In 2014, Rochas Okorocha contested against four northern aspirants. In 1999, Alex Ekwueme and Abubakar Rimi contested against Olusegun Obasanjo for the PDP ticket. You cannot breach a law that doesn’t exist. So, we cannot be held account for a law that doesn’t exist.

“Our thinking is that if Atiku Abubakar gets the party’s ticket, then we are in trouble. So, the party will throw its ticket open. I don’t see this decision being reversed.”

When asked what would happen if former governor Bola Tinubu of Lagos State emerges the APC presidential candidate,  the source said the APC might end up going with a Muslim/Muslim ticket.

“If a northern candidate doesn’t emerge from the APC, then the vice-presidential candidate must be a very strong Muslim politician from the North. This is the challenge Tinubu will have but if it comes to it, then a Muslim/Muslim ticket is what we will go for. We will win the core North and the South-West,” he said.

It was gathered that the leadership of the ruling party, headed by a former governor of Nasarawa State, Abdullahi Adamu, was already calculating how to counter the PDP, whose presidential primary comes up on May 28 in Abuja.

The APC had initially given an indication that its presidential candidate would come from the southern part of the country, but the ruling party later changed its tune recently when Adamu, said no such decision had been taken by the party.

The aspirants have since intensified their efforts to secure the support of party stakeholders, particularly voting delegates in the impending national convention.

The PDP has constituted a special national convention planning committee ahead of its presidential primary election on May 28 and 29.

Nine aspirants to step down for Lawan – Kalu

Kalu told the News Agency of Nigeria on Saturday in Abuja that an influential presidential aspirant from the opposition party, the PDP is also planning to join the APC.

Though Kalu did not list their names of the APC aspirants planning to step down for Lawan, he was the first to drop his presidential ambition in support of Lawan on the grounds of APC’s failure to zone the presidential ticket to the South-East.

Kalu declared his support for Lawan who hails from the North-East.

Kalu said, “Lawan’s candidature will rock like a hurricane. The issue of the APC presidential candidate will be settled even before the primaries. As I am talking to you, about nine presidential aspirants from our party have intimated me of their plans to drop their presidential ambition to support Ahmad Lawan.

“Does that not signify victory before the election? Lawan’s candidature will rock like a hurricane. Lawan is from the North-East and has similar sympathy with the South-East that is yet to produce President.

“I have repeated my reasons for dropping my ambition for Lawan many times and I am sure Nigerians are aware already. We are also expecting an influential presidential aspirant from the opposition to join the APC.

“So, you can see the party is very progressive and properly ready for Lawan’s emergence.”

On the call for the postponement of primary by some political parties, Kalu said he did not expect the Independent National Electoral Commission to listen to them.

He said the parties were duly informed and should have prepared well as mandated by the electoral body.

“Extension of the dates will only support irresponsibility. Nigerians find it difficult to keep to time and appointments and that is why they would always seek extra time.

“I support INEC to stick to their timetable, otherwise we will be living with postponement after postponement. Such a trend is not healthy for a society and its people.

“We complain of indiscipline but not ready to be practical about the requirements of discipline. INEC should discipline any party that fails to meet up, because that is the only way they can take their jobs seriously,” Kalu said.

In a related development, the APC has announced that the screening of its 28 presidential candidates who submitted their nomination forms have been shifted to May 23.

This was as the party observed that some of the aspirants had started withdrawing from the presidential race.

This was confirmed in a statement by APC National Organising Secretary, Sulaiman Argungu, on Saturday.

Argungu disclosed that the clarification became necessary after the party was inundated with calls and messages by worried aspirants and delegates, who wanted to know why the presidential category was left out of the weekend’s two-day exercise.

“As you are all aware, some aspirants have started withdrawing their aspirations. By God’s grace, on the 23rd of this month, those who are left will be screened properly,” he said.

He expressed sadness that thousands of young people were currently at home because the incumbent administration of the All Progressives Congress had looted funds that would have been used to do what was needed to stabilise the sector.

“I will make sure that our educational system is very well looked after. Today, we have all our public universities closed down for several months. Our children have been out of school. Not because we have not instituted institutions during the PDP administration to make sure there is enough funding for these institutions.

“But because they are stealing the money. I will make sure nobody steals public money, I swear,” he stated.

He expressed the optimism that the PDP national convention would be rancor-free and eventually have a united house to ensure that the party wins the 2023.

Atiku, who was accompanied by former Senator from Kogi State, Dino Melaye, PDP chieftain, Raymond Dokpesi, among others, commended Governor Nyesom Wike for the infrastructural development in Rivers State, describing him as the best in that area as well as human development.

“Honestly in terms of infrastructural development, other aspects of human development, let me concede, Governor Wike is the best,” he said.