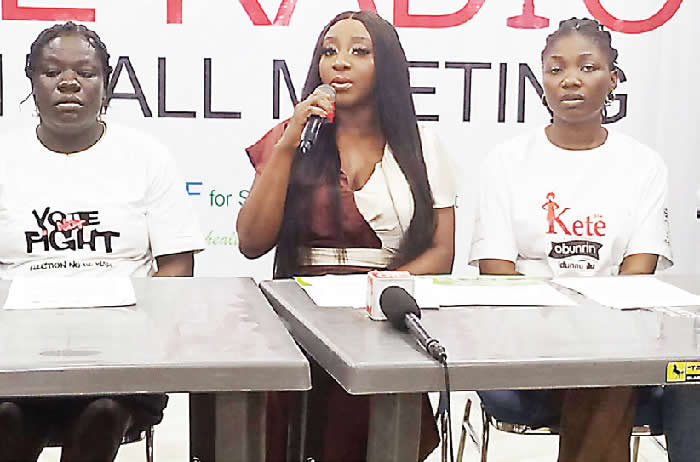 The artiste spoke in Ado Ekiti, the Ekiti State capital, at a press conference on Stop-VAWIP Campaign organised by Balm in Gilead Foundation for Sustainable Development, in conjunction with the New Generation Girls and Women Development Initiative.

The actress urged political parties and their candidates in the state to commit to the implementation of the Ekiti Gender-based Violence Prohibition Law (2019) and the already developed implementation plan.

She also encouraged party candidates to take a stand against youth incited/perpetrated electoral violence, hate speech, vote-buying and other forms of violence targeted at women. She added, “Party candidates should promote public intolerance of violence targeted at politically active women and ensure their free participation in party functions and structures, and support women voters’ mobilisation.”

BIGIF’s Executive Director, Tumininu Adedeji, also stated that ahead of the June 18 Ekiti governorship election, her organisation would in conjunction with the National Orientation Agency conduct voters sensitisation, and raise awareness on what constitutes violence against women in politics and also help victims of gender-based electoral violence.