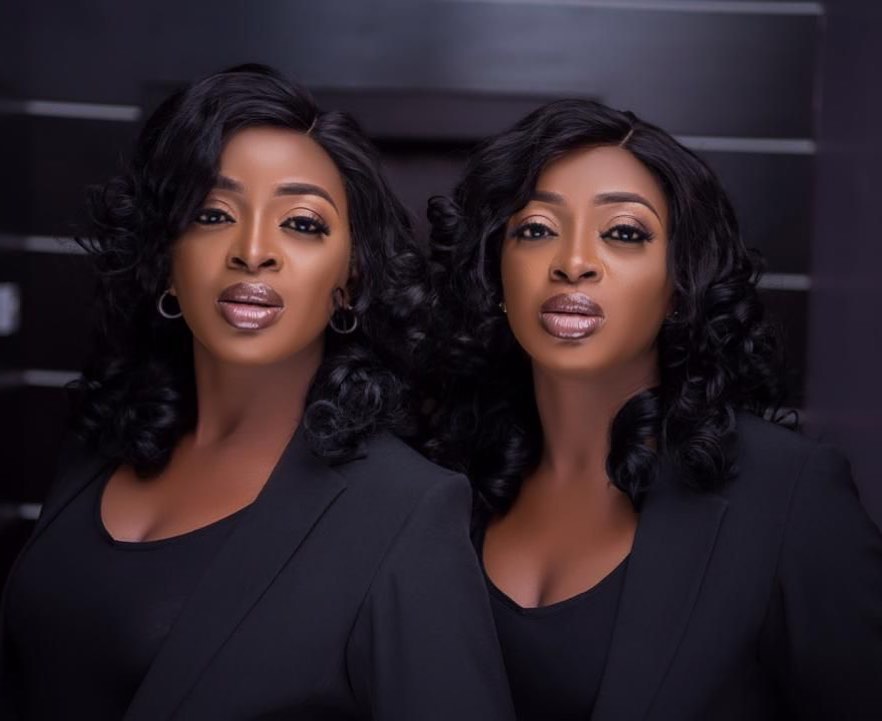 Actress and filmmaker, Chidiebere Aneke, has said that she and her identical twin sister, Chidimma, who is also an actress, have played pranks on filmmakers on several occasions. In an interview with Sunday Scoop, she said, “We have done that (played pranks on filmmakers) several times. Whenever I get a script for a movie role that I do not like, I could give it to my twin sister. We usually exchange our phones, so that the producer and director would not know. We wear the same clothes and hairstyles, so they would not know the difference. I receive all her (Chidimma) phone calls and she answers mine too. Till the end of the movie shoot, we would not reveal our identities.”

On if she has any plans to relocate to Lagos anytime soon, the Enugu-based actress said, “For now, no. However, I don’t know if my decision will change tomorrow. If God says we should relocate, who are we not to do that? However, I am usually in Lagos.”

She also stated that she had never been punished for her sister’s wrongdoing. She said, “No, it has never happened because we are always together, right from when we were in school. We always do things together. However, in terms of acting for other people, Chidimma and I work separately. My latest film projects are Unmarked and Strange Sisters.