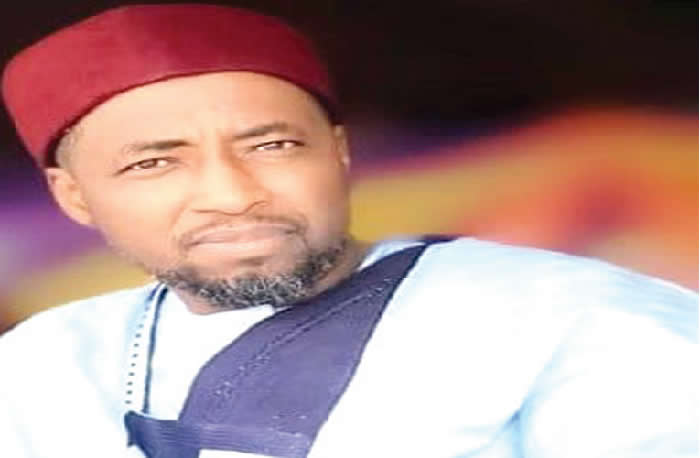 An Abuja-based Islamic scholar, Prof Ibrahim Maquari, shares with SOLOMON ODENIYI his view on the recurring issue of blasphemy in the country

The issue of blasphemy has again come to the fore in the country. Can you please educate the public on the concept of blasphemy in Islam?

Blasphemy depends on a number of things. If a Muslim engages in blasphemy, his punishment is death, and there is a consensus among Islamic scholars on this. But if the person happens to be a non-Muslim, there are some things we consider. For instance, if a Christian says Prophet Muhammed (SAW) is not a prophet of God and the Quran is not a true book of Allah, we don’t consider this as blasphemy because of his religion. This could be the position of his religion; we don’t consider this as blasphemy. But to call the prophet unprintable names, we don’t condone that.

What do you think is the root cause of blasphemy in Nigeria? Do you think those who allegedly make blasphemous statements are intolerant of Muslims?

The root cause of this is intolerance and ignorance of scholars, who misguide their followers because of worldly material benefits, among others. This is making them utter unguarded statements. If you live in the North, you should know that no Muslim scholar will ever attempt an act of blasphemy against any religion because we consider Jesus and Prophet Muhammed (SAW) as brothers. The second reason is the fact that the authorities do not take action whenever such things happen. The authorities are supposed to be taking the right actions. We are not promoting extrajudicial killing, but it is something that we cannot stop so far the government does not fulfill its responsibilities.

This is not the first time an incident like this will be happening. Recall the issue of the ThisDay newspaper columnist. What the lady (Deborah) did was far beyond what the ThisDay columnist did. You know what happened then and what it caused the media house to polish its image in the North.

Do you think those who make blasphemous statements are intolerant of Muslims?

I don’t know, but I will say they are ignorant and I will put the blame on their leaders. I am sorry to say, it may be because they don’t know how Muslims take the prophet. In Islam, we don’t joke with the prophet. No Muslim will tolerate insults on the prophet unless he is not a true follower of Islam.

Do you think there is a need for public education to avoid cases of blasphemy and the violence and controversies that often accompany such acts?

Indeed there is. Without sounding proud, I have been doing this. See, Muslims are very tolerant and promoters of peace. It is unfortunate that I have to come and talk this way. That we say we promote peace is not from the mouth, but from the heart. We can write books on what we have done in that regard.

Do you think if the political class had joined you, the issue of blasphemy would have ended?

I am not a politician but what I know is that the political class should stop using religion to divide Nigerians. They should leave religion alone.

Your statement, which went viral, was interpreted by many members of the public that you justified the lynching of the young lady, Deborah. Does that really represent your view?

People should not misinterpret my comment on Twitter. I didn’t justify her killing. I didn’t go into the issue of the mob action in my comment that you make reference to. My concentration was on the issue of blasphemy. My comment was about the protection of the religion and the dignity of the prophet. The mob action in general is condemnable. It is condemnable because of who killed her and how she died. She deserves death, there is no doubt about it, but who should kill and how she should die is the issue.

While reacting to the latest case, which happened in Sokoto, you stated that Muslims have a red line, which must not be crossed. Can you elaborate on this?

Is blasphemy a forgivable offence?

Unfortunately, it is not. Unless if the person who did it is not a Muslim and he converts to Islam; in this case, the person can be forgiven. But if a Muslim commits an act of blasphemy, he cannot be tolerated.

There are members of the public, particularly non-Muslims, who are quick to say Muslims should leave revenge or vengeance to Allah in the case of blasphemy rather than attack the blasphemer. What will be your response to such a statement?

In Islam, there are things you don’t leave to Allah. There are things Allah commanded us to act upon so that peace can reign among mankind. This is one of them. If someone can curse your religion and your prophet and you will not act until he curses you or your father, then your religion is useless to you.

But during the lifetime of Prophet Muhammed (SAW) when someone urinated in the mosque in the presence of the prophet and his companions who were angry, he cautioned them against engaging the offender; isn’t this a way of asking Muslims not to take the law into their hands?

This is entirely different. The person urinated in the mosque out of ignorance. This and blasphemy are two different things. Blasphemy is one thing and ignorance is another. This is tolerance; Prophet Muhammed (SAW) was tolerant and taught Muslims how to be tolerant, but not to allow people to insult or curse his persons; the Sokoto case is an act of blasphemy and cannot be tolerated.

Is it true that there is a reward for Muslims who stand up for Allah in the face of blasphemy?

What do you think can be done to avoid cases of blasphemy and the attendant crises in a plural society like Nigeria?

Three quarters of Nigerians are Muslims, and I am among them. We are happily prepared for separation from Nigeria if the non-Muslims continue this act of blasphemy against our prophet and religion. This is something we cannot just tolerate. We tolerate our brothers; we keep them and continue to sacrifice for them. Despite what Muslims have been passing through in many parts of the country, have you heard them taking revenge? There was never a time Muslims from the North or any part of the country attempted to avenge any form of injustice meted out to them. But acts of blasphemy against the prophet will not be tolerated.

Don’t you think there is a need to allow peace to reign?

We need peace but not at all cost.