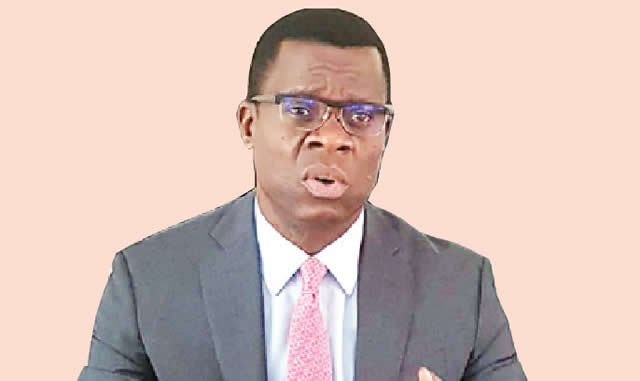 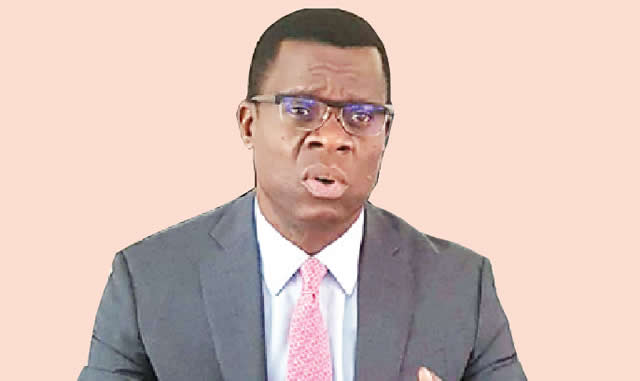 … we’ll meet in court, I stand by my allegation, says Agbomere

The Akwa Ibom State Resident Electoral Commissioner, Mike Igini, has threatened to file a N1 billion libel suit against a chieftain of the All Progressives Congress, Blessing Agbomhere, over alleged defamatory statements.

While denying the allegation, the activist and former President of the University of Benin Students’ Union Government, also demanded N1 billion as damages.

He, therefore, gave Agbomhere a 48 hours ultimatum within which he should retract the said defamatory statements and tender an apology to him in four major television stations and five prominent Newspapers including The PUNCH or he would go to court.

When contacted, Agbomere told The PUNCH that he stood by the allegation.

“I’ve not seen his letter but I stand by my allegation, we’ll meet in court”, he said.

Igini, in a pre-litigation notice that was prepared by his team of lawyers led by Chief Clement Onwuenwunor (SAN), obtained by Journalists in Abuja on Sunday, alleged that the APC chieftain had in a television interview he granted June 29, accused him of not only working for the PDP in Akwa Ibom State but also acting as a ceremonial consultant to Governor Udom Emmanuel.

The letter read, “We act as Legal Practitioners for Honourable Mike Igini (hereinafter referred to as our client) and on whose instruction we write this protest and demand letter to you.

“In a television interview aired by Arise Television and anchored by Dr. Rueben Abati on June 29, 2022, and subsequently relayed on several other news media platforms, you maliciously published to the whole world about our client as follows:

‘Mike Igini has abused the privilege of his office, he is partial/biased against the interest of the All Progressives Congress in Akwa Ibom State; he is working for the Peoples Democratic Party in the state; he is a ceremonial consultant to the Governor of the state in electoral matters; he has compromised the values of INEC; he is a hatchet man hired by the PDP to work for them in INEC, shamelessly defending the rights of political parties and that he lives in the Lodge of the Government of the state, that he has videos of him driving in and coming out.’

“The above malicious accusations published to the whole world have, ever since, been given unprecedented publicity and they constitute the most wicked attack on the towering image of our client, who over the years, has earned a deserved reputation in Nigeria and internationally as a forthright electoral umpire.

“Your said bogus allegations were hellish conjectures from the spiral imaginations of a mischief-maker who neither have the fear of God nor regard for a man of probity in your misguided foray for ephemeral political power.

“As characteristic of unrepentant blackmailers, you threw caution to the wind, and in your frenzied efforts to disparage our client without checking your facts, you did not know (and will be shocked to know) that our client does not know where the Government Lodge of the state is located and that our client lives in the official quarters of Independent National Electoral Commission in Uyo, and this is very well known to you.

“We have the instruction of our client to challenge you or anyone else to post your taunted pictures and videos to the whole world.

“Our brief further confirmed, and this will even interest you to know that our client has never visited the home of a human being, son or daughter, or any individual in his home anywhere in the state since he resumed as the REC in the state in 2017 and your allegations of being a hatchet man for the PDP in Akwa Ibom State, a ceremonial consultant to the Governor of the state in electoral matters, are misguided and reckless in extreme.

“We need you to recognise that the oath of office sworn to by our client has remained his guiding rule and his insistence on compliance by political parties and candidates with the law and Rules of INEC is for the overall benefits of our democratic practice where fraud, manipulations, sabotage, and maneuvering of electoral guidelines are completely discouraged.

“Our client’s principled stance against the above vices, is in summary, the reason for your unjustifiable vituperations against him on a national television. We shall hold you to your words at the appropriate forum and we hope you will not call friends and foes to beg for you when the “chips are down”.

“Consequently, we have been instructed by our client to demand from you a retraction of the defamatory statements and an apology to be broadcast on Arise Television, Channels Television, AIT, TVC and to also be published in a full page of The PUNCH Newspapers, Guardian Newspapers, Vanguard Newspapers, Tribune Newspapers, and Sunday Sun Newspapers within 48 hours from the receipt of this letter.

“We also demand the modest sum of N1 billion from you as damages for the said defamatory statements.

“Take note that if you fail, refuse, and or neglect to comply with the above demand within the stated period, we shall have no other option than to perfect our client’s standing instructions against you.”