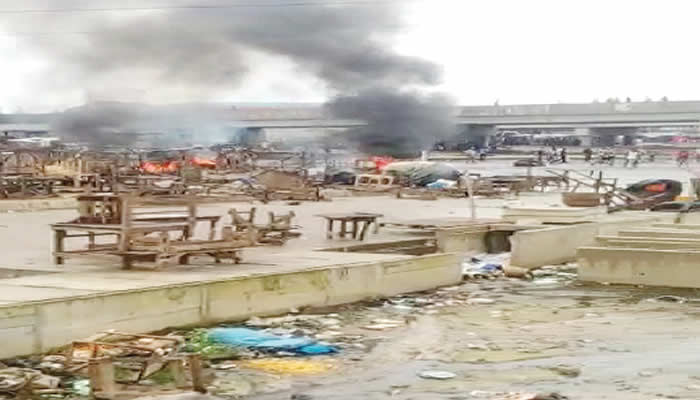 The Governor of Lagos State, Babajide Sanwo-Olu, on Thursday, ordered the suspension of the Road Transport Employers Association of Nigeria in the state.

The Special Adviser to the Governor on Transportation, Sola Giwa, in a statement on Thursday, said the suspension became imperative following pockets of violence recorded in the Ojo and Lagos Island areas of the state on Wednesday.

He added that a 35-man caretaker committee had been constituted to take over activities of the union henceforth.

Earlier, factional members of the association, led by a national Vice Chairman, Mr Oluwaseyi Bamgbose, aka Student, and one Gosoro, clashed in a bid to take charge of a park.

Two people were feared dead in the clash, which happened at the Iyana-Iba Bus Stop along the Lagos-Badagry Expressway in the Ojo Local Government Area of the state.

An eyewitness, Yinusa Jamiu, said, “Two factions fought dirty early in the morning and around 6pm on Wednesday for the control of a new park under a newly constructed bridge at Iyana-Iba on the Lagos-Badagry Expressway.

“The fight led to many deaths and others sustained injuries. It also caused traffic as other hoodlums used the opportunity to rob motorists and passersby.

“Around 6.30pm to 7pm, the hoodlums returned to the area and started shooting everyone at sight, which affected innocent people. I was called this morning that my elder brother’s son was hit by a straight bullet on his way back from work.”

A local government worker, who spoke on condition of anonymity, however, said the fight was over who would become the next RTEAN chairman in Lagos.

He said, “The present state chairman, popularly known as Alhaji Mallam, will be leaving the position next year, and so the Goroso group and Student group are fighting to become the next chairman.

“Oluwaseyi, who is popularly known as Student, is like an apprentice under Gosoro, who is supposed to be the present chairman, but Alhaji Mallam was elected.

A man, Kamorudden Fijabi, said his son, Yussuf, was shot in the left hand and leg while returning from work.

Fijabi said, “He was rushed to a hospital, but doctors rejected him because of fear of the police. Thank God for the traditionalist in our area and other fellow Nigerians who helped us out of the situation. The bullets were removed and he is presently recuperating.”

The National President of RTEAN, Musa Muhammed, on Thursday, suspended Bamgbose, saying he was behind the unrest in the association.

Muhammed alleged that Bamgbose’s action was capable of causing violence in the Lagos State council of the association.

He said, “While a fight was going on at Iyana Iba instigated by him, he organised another protest at Ikeja so that the government will see us as if we are fighting and take over our operations. RTEAN has taken decisive actions against him; he has been put on suspension according to the association’s rules and regulations.”